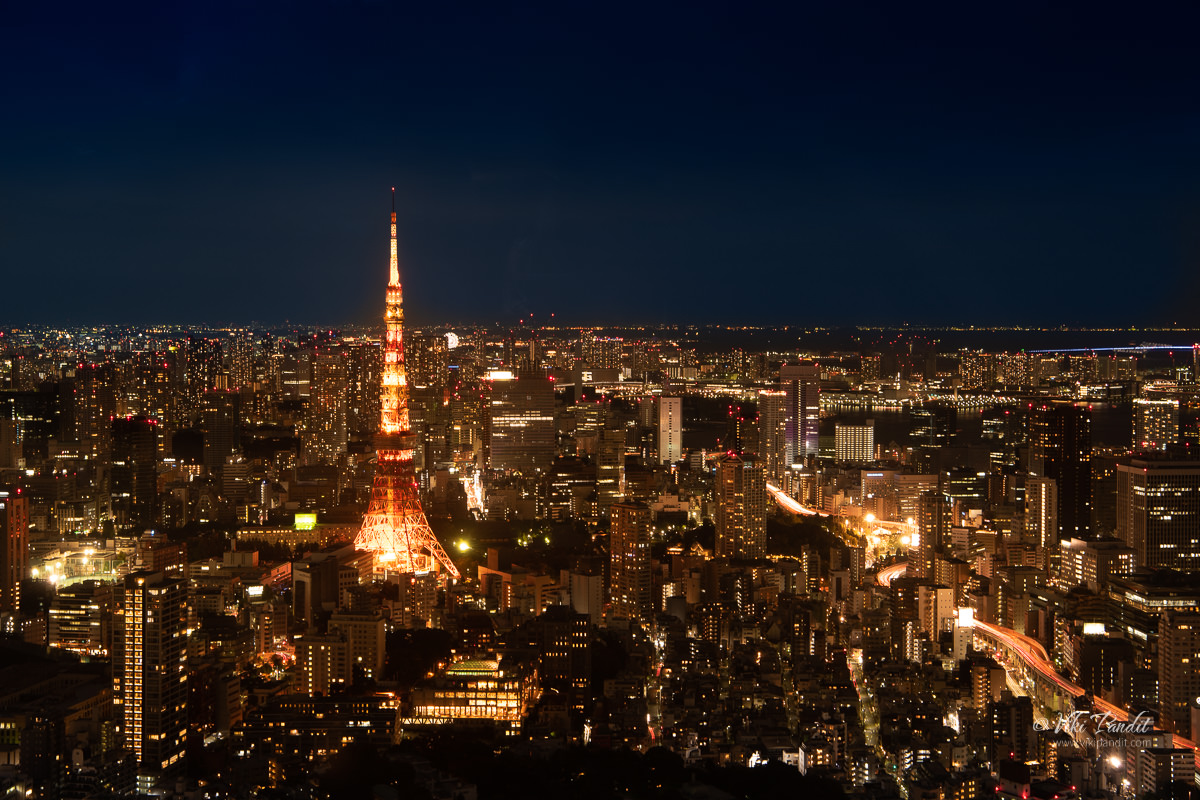 Streets of Tokyo from the observation room at Roppongi Hills.

On the way to Tokyo Tower