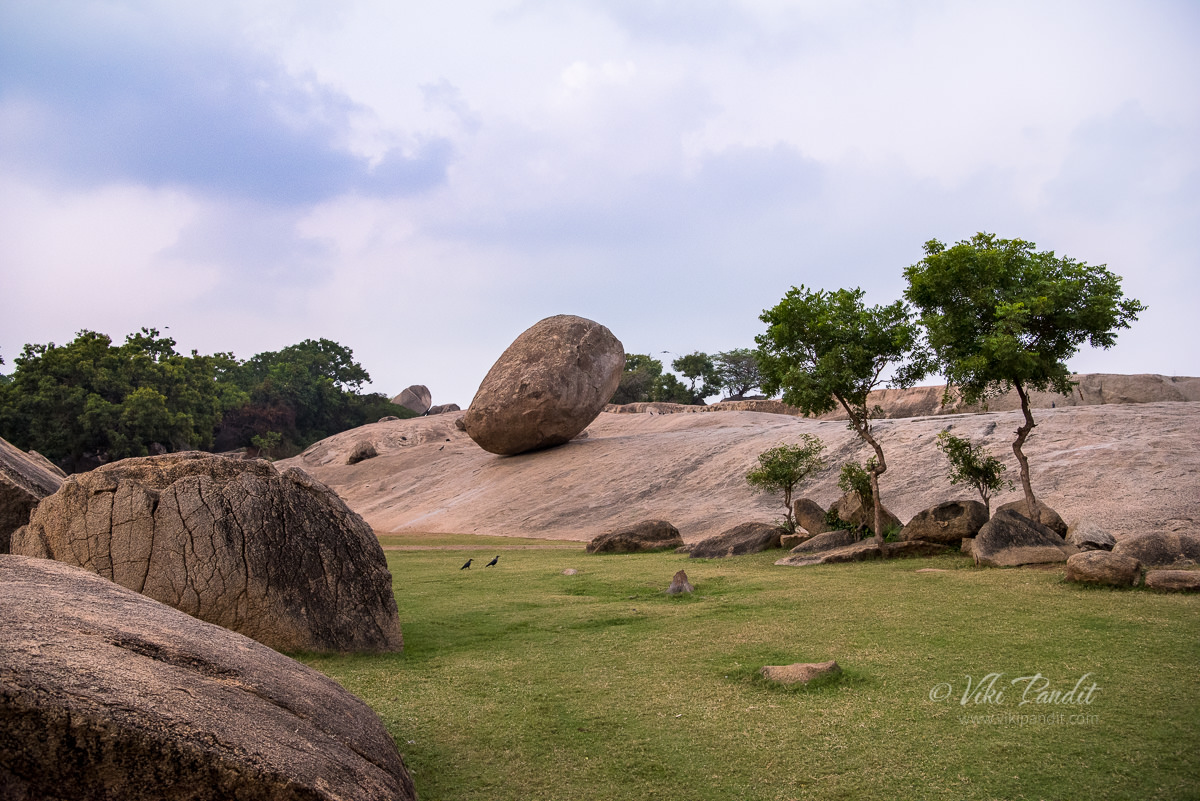 Today I went to explore one of the most mysterious ancient artifacts found in South India. Krishna’s Butterball is a gigantic granite boulder resting on an extremely small and slippery area of a hill in the historical town of Mahabalipuram.

The boulder is approximately 6 meters high and 5 meters wide and should be easily weighing around 250 tons. This precariously balanced boulder is believed to be a bolus of butter the young Krishna would steal as told in mythological stories. The rock continues to defy gravity and has been sitting on this 45-degree slope for 3 billion years or even more.

The quaint town of Mahabalipuram slept as I drove at the break of dawn to explore the mystery behind this spherical rock. Daytime is a huge deal breaker if you want any quiet time anywhere in India. These tourist places are buzzing with selfie-takers.

History behind the Krishna’s Butter Ball

Being an ASI-protected monument, the area is protected. The gate doesn’t open till 6.00 am, so I waited. One of the guards was having a vigorous discussion with someone on the other line of his mobile phone. I could make out he was speaking in Oriya, the language of Orissa Prefecture. The other guard lay under a rock pedestal near the gate. We both waited on either side of the gate in the darkness until the time to tick over.

When they open the gates at 6.00 am, I was really glad that there was no other soul around and I could have my 15 minutes with the curious stone in absolute solace.

The original name of the rock is “Vaan Irai Kal” which translates to “Stone of the Sky God” But just like the historians have been a confused group with regard to naming the ancient monuments in Mahabalipuram, the locals today just refer to this enigmatic giant stone as Krishna’s Butter Ball.

According to Hindu mythology, when Krishna was just a baby, he was fond of stealing butter. He would steal butter from wherever he could, especially the butter that his mother would keep in a pot. He would steal a handful of butter and run away to relish it in the woods. Now someone came up with the thought that this boulder at Mahabalipuram looks very much like a butter dollop and hence, the name was given as Krishna Butter Ball. This rock which looks like a bolus of butter is said to have fallen from the heavens and turned to rock. Religious people tend to have insane levels of creativity 😉

Unfortunately, tripods are not allowed inside ASI-protected monuments. In the dim light, my camera was screaming at 5000 ISO. Fingers crossed…

Some attribute this phenomenon to friction and the center of gravity. Friction prevents the rock from sliding down, conceptually similar to how we are able to stand on sloping ground and the center of gravity allows it to stay balanced on the smallest of the contact area. However, I did try to walk down the slope and it was not possible. I had to slide down to come back to the base of the hill.

So I am inclined to go with the other opinion that when these boulders cooled off about 3.5 billion years ago the connected parts got fused together and that is holding the rock sturdily for all these centuries.

In the cool breeze, I could feel the rough granite brush against my palms. I am never going to die wondering, so I gave the rock a push with all my strength. Nothing…

Several attempts have been made to remove the rock from its original position but have proven futile. One of the local stories going around is when the Pallava king Narasimha Varman I was working on building the lovely monuments on this hillock, he wanted to move this rock which looked like an obstacle amidst the lush greenery. His commanders tried to pull down the ball using horses and elephants but failed to do so.

More recently in 1908 the then Governor of Madras(Chennai), Arthur Lawley decided the boulder to be too dangerous to nearby homes and wanted it removed. Seven elephants were employed to push the rock, but the rock didn’t budge an inch and the task was eventually abandoned.

If you have traveled parts of Karnataka specially Hampi, you will realize that there are hundreds of such precariously places boulders strewn across the Deccan plateau that defy common sense.

I am just going to categorize this as a curious phenomenon that defies the laws of science, in particular physics. People do tend to get attracted to these and so this rock will, in all probability, keep the interest alive for centuries to come.

I have made a small list of a few other boulders that have left me scratching my head.

Thanks for reading. Please leave me a comment if you liked the post or follow my story as I visit the Five Chariot monuments in Mahabalipuram 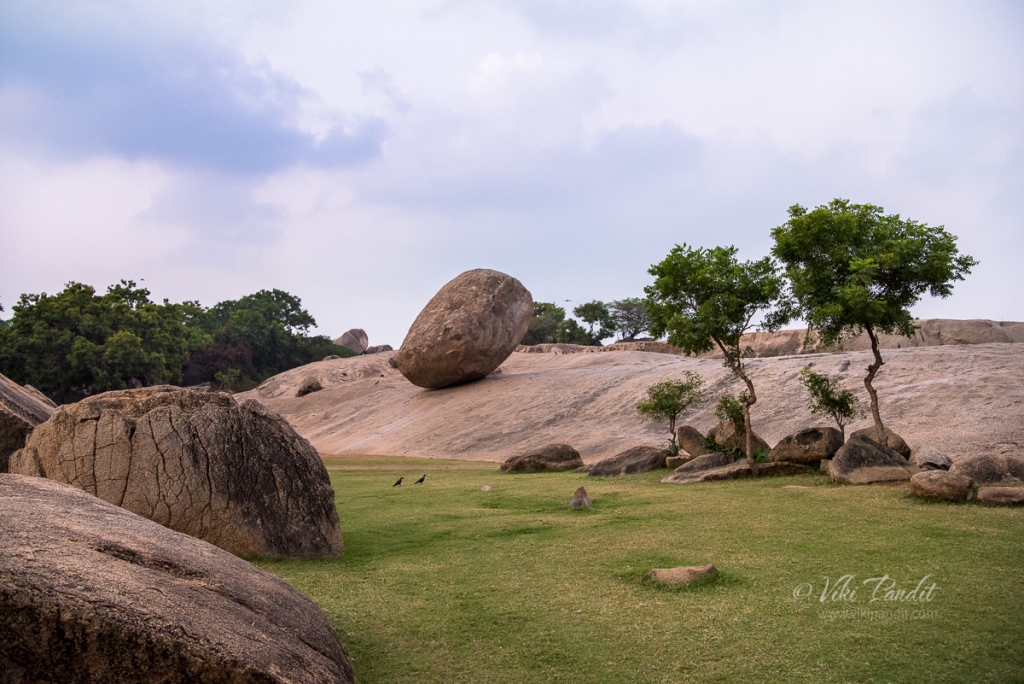