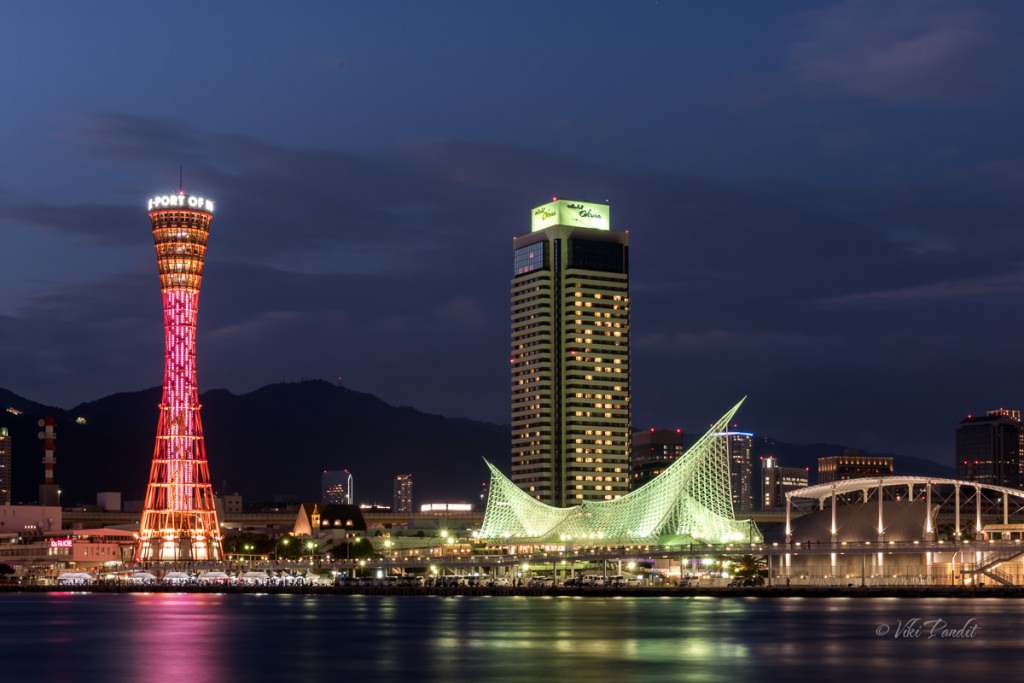 An evening at Kobe Harbour

Mani & I took the train to Kobe to check out the stunning illuminated harbor but we were sucked into the Bon Odori festivities happening on the same day. Food and beer stalls were everywhere. Surrounded by a sea of Kimono clad couples, on a small wooden stage, a group of lovely ladies were dancing to traditional music. It was great fun watching this 500-year-old tradition that is celebrated yearly to honor the spirits of their ancestors.

Mani & I dropped in at Kobe in Hyōgo Prefecture today, to spend the evening at the stunning Harbor but we were pleasantly surprised by the Bon Odori festival happening on the same day! We used the Kansai Thru Pass to travel to Kobe The Kansai Pass, also called Surutto Pass, allows unlimited travel on most train lines in the Kansai area, barring the JR trains You can also avail the JR Kansai Area Pass for the same However if you are touring mostly the Kansai area, the Surrutto Pass offers the better value as it covers a denser network in the

The Akashi Kaikyō Bridge is world’s longest suspension bridge, which links the city of Kobe on the Japanese mainland of Honshu to Iwaya on Awaji Island.

The Akashi Kaikyo Bridge, with a length of almost four kilometers, is the world’s longest suspension bridge Opened in 1998, it spans the Akashi Strait (Akashi Kaikyo) between Kobe and Awaji Island and is part of the Kobe-Awaji-Naruto Expressway Prior to the bridge’s construction, the strait was considered one of the world’s most dangerous waterways For instance, in 1955 a severe storm caused two ferries to sink resulting in the deaths of 168 people How to get to Akashi Kaikyo If you are coming from Osaka, you have to get down at the Maiko Station, on the Sanyo Line Shinkansen trains don’t stop here, you have to use a local train