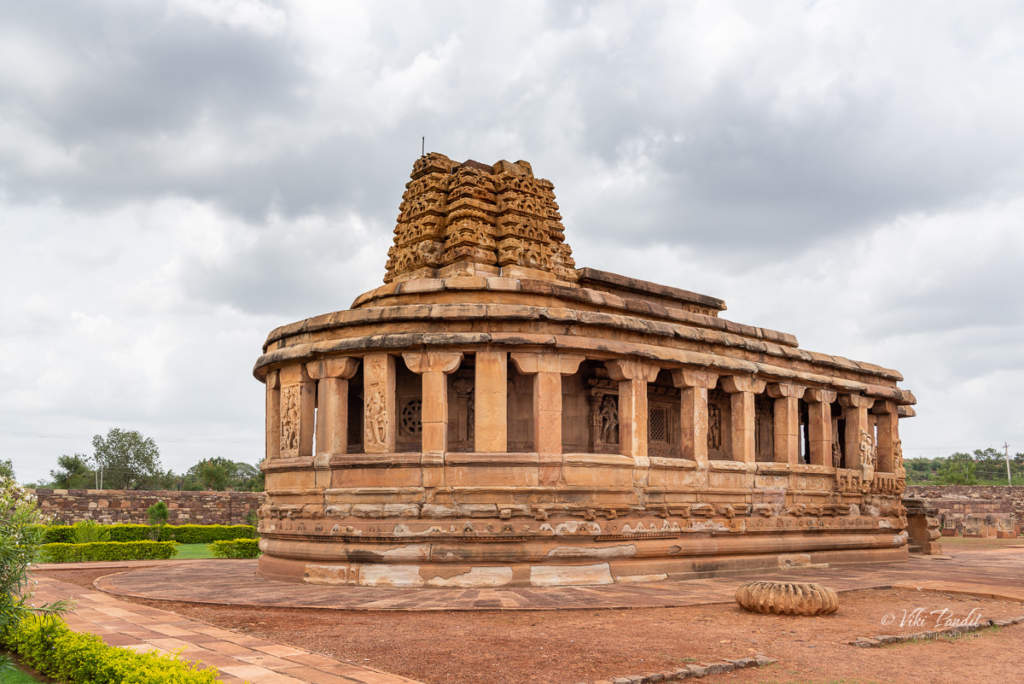 Group of Monuments at Aihole

Today we drive to Aiholi, said to be one of the first regional capital of the Karnakata region under the rule of the Calukyas. The town contains a large number of early Hindu temples and shrines including some outside the walled site that mostly date from the 6th to 8th century CE when the city was at its zenith of prosperity and power. 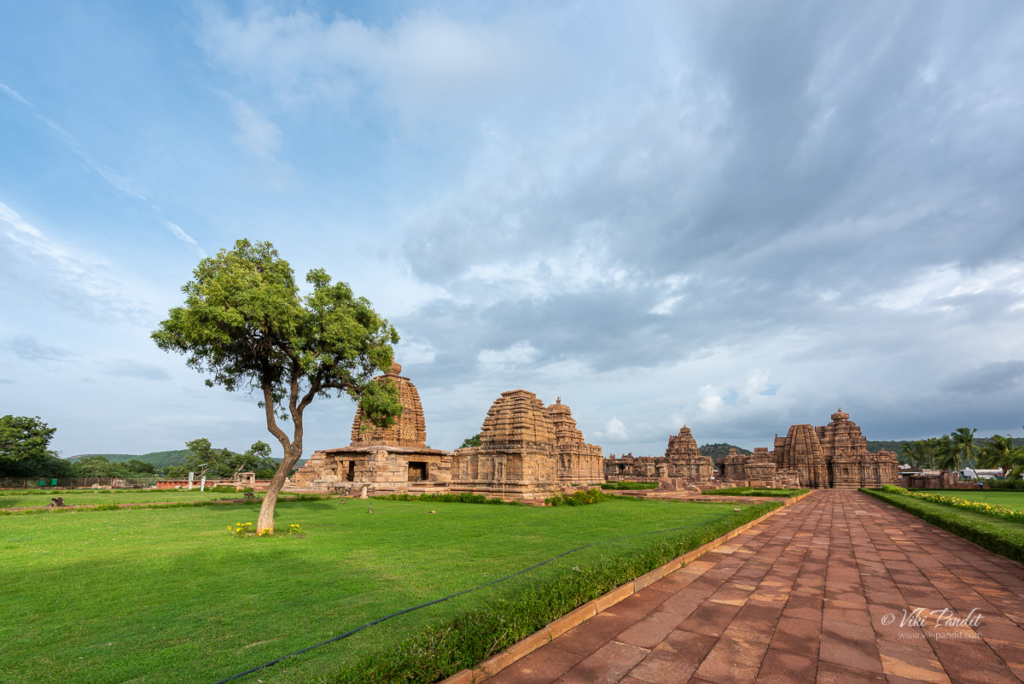 Group of Monuments at Pattadakal

Pattadakal, also called Paṭṭadakallu, is a collection of temples from 7th and 8th century CE Hindu and Jain temples in northern Karnataka. Declared as a UNESCO World Heritage site, it is a historically significant cultural center and religious site to witness the structural tastes during the times of the Chalukya dynasty. 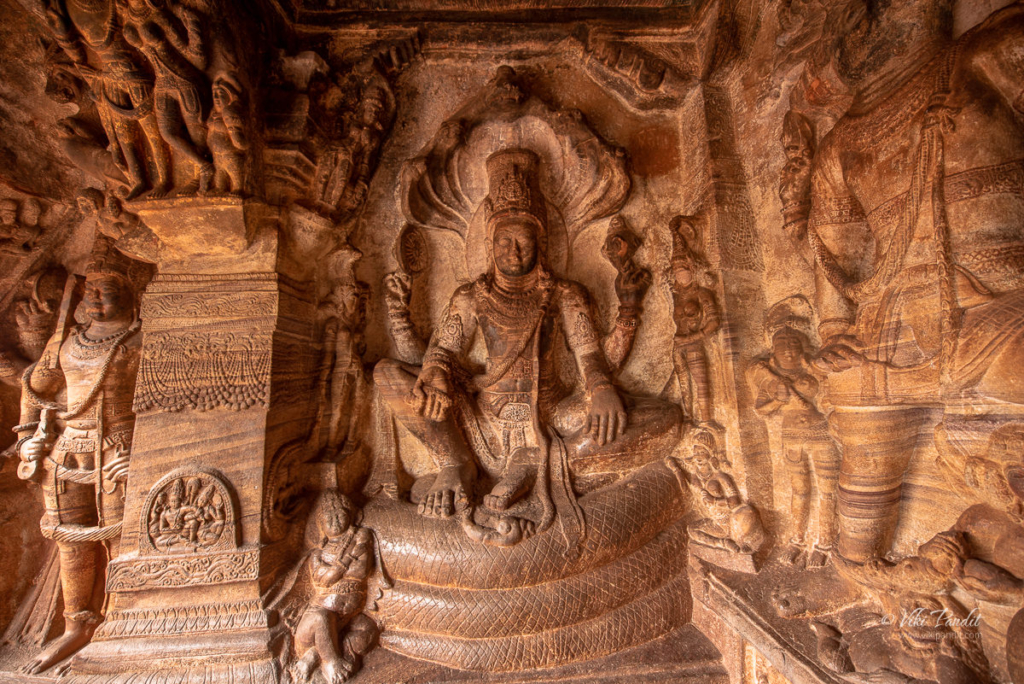 Today we hike up a small hill in the quaint town of Badami, in northern Karnataka, to explore the rock-cut cave temples dating back to the 6th century. Primarily commissioned during the times of Chalukya reign, the temples provide an insight into the Indian architecture that influenced the next generation of sculpturing style surrounding regions of south India. 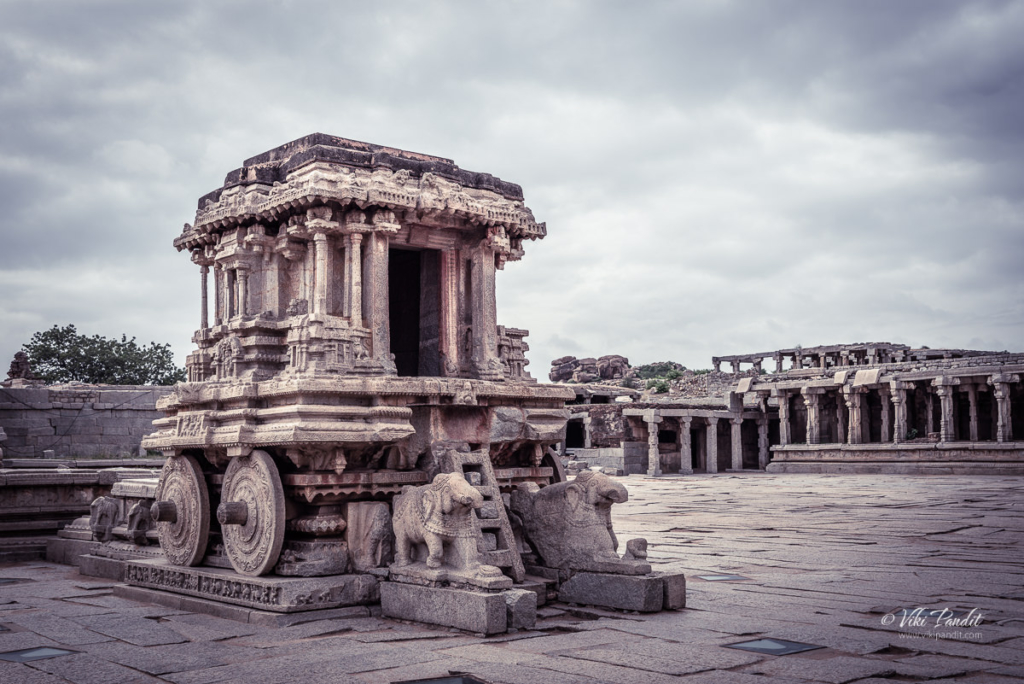 A simple journal of my third visit to the heritage temple. 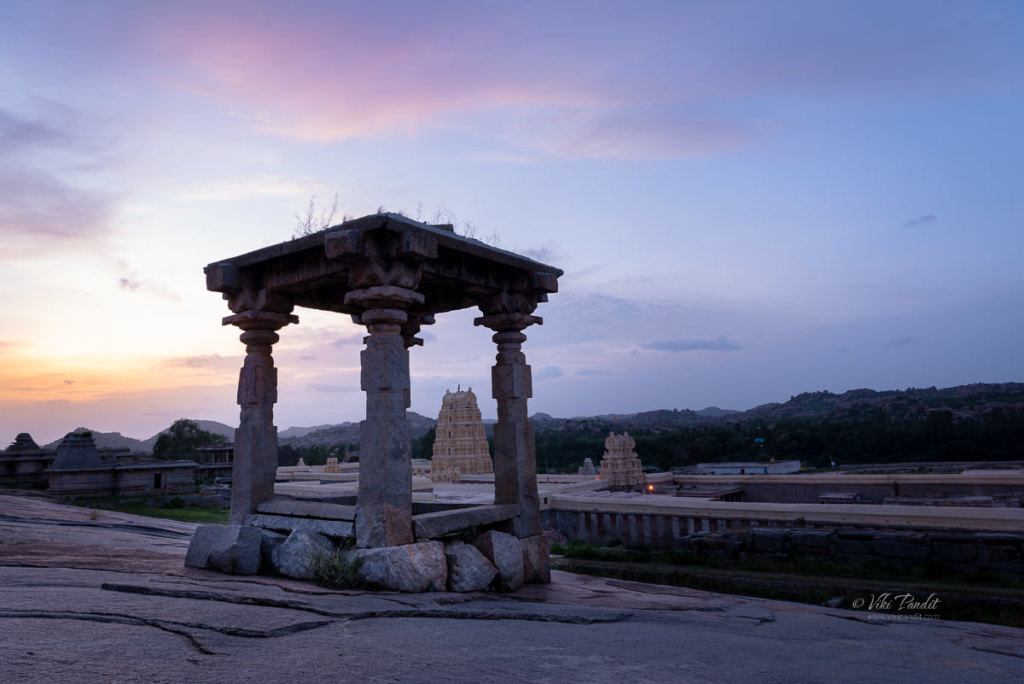 Hemkuta hill with its gentle slopes offers a remarkable view of the sprawling ruins of Hampi. The hill contains many abandoned temples and boulder carvings scattered across along with two huge monolithic statues of Ganesha. It is also one of the best places to witness sunsets in Hampi. 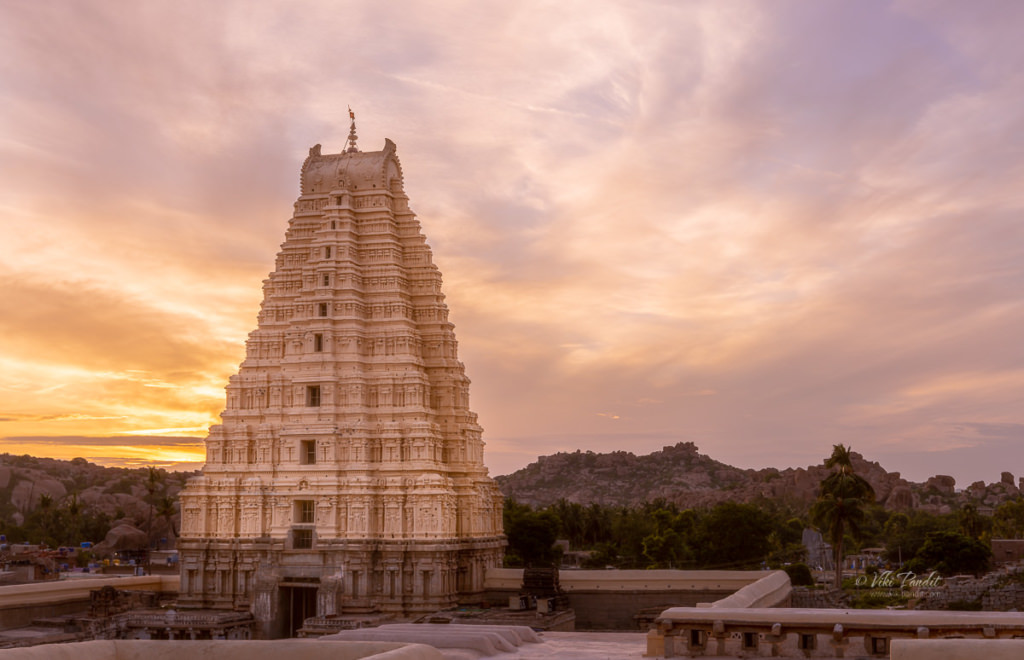 Virupaksha was the main center of pilgrimage at Hampi since the dawn of the 7th century. Since then this UNESCO World Heritage Site has been elaborated on by future rulers and especially Krishnadevaraya, the most famous kings of the Vijayanagara Empire, who commissioned the iconic nine-tiered gateway that we identify the temple with today. 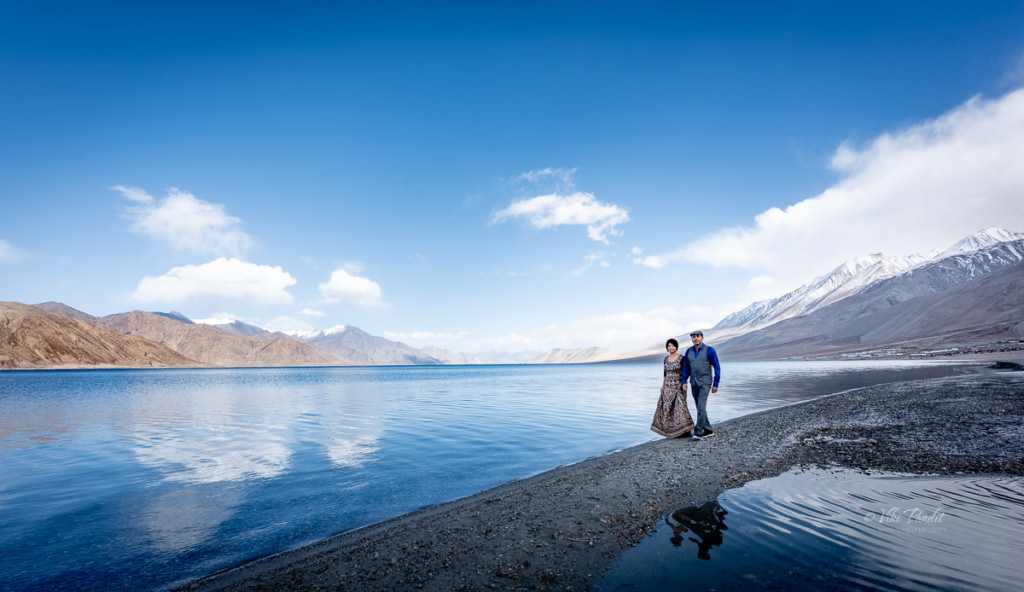 We are at the edge of Pangong Tso in the outer reaches of Ladakh at a height of about 4,350 m above seal level. The colors of Pangong lake change dramatically from a vivid blue to aqua green depending on the angle of the Sun. The beautiful lake is shared between the countries of Tibet and India. 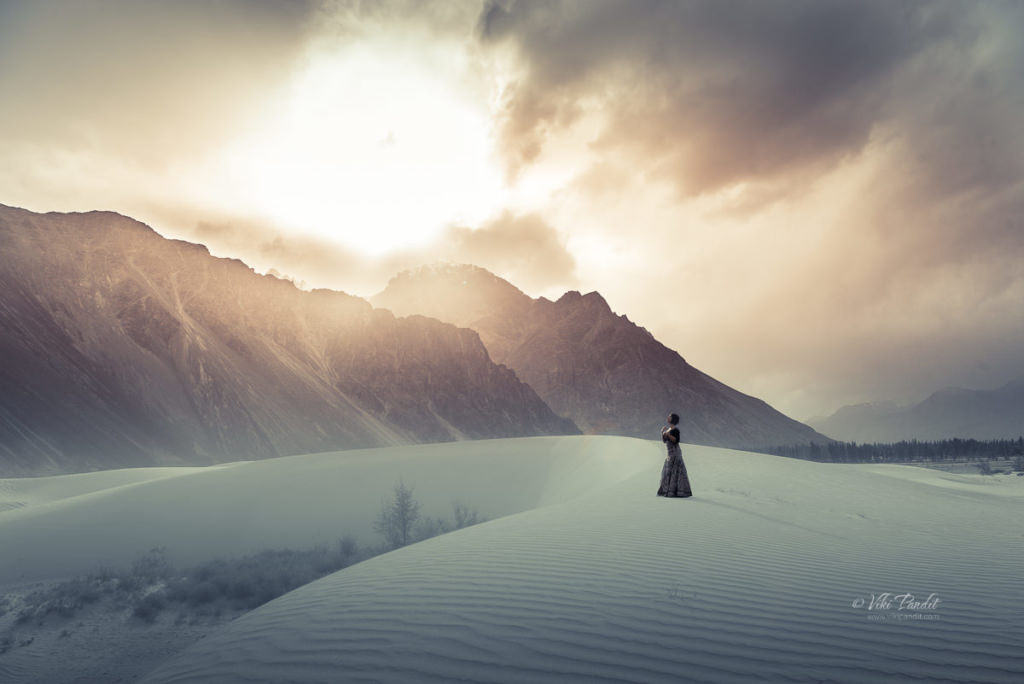 Nubra is a cold desert at 10000 ft above sea level and the color of the sand is unlike anywhere in India. These dunes lie close to the Hunder village that sits like an oasis in the middle of the cold desert. The weather is not friendly here and it gets pretty cold once the Sun hides behind the clouds. The strong breeze keeps blowing the fine sands, reshaping them into new shapes.

The drive from Leh to Nubra Valley goes through Khardungla Pass, said to be one of the highest motorable road in the world. Goes without saying the view was just mesmerising as we motored along the golden mountains towards snow capped peaks. I’ve always had this desire to travel the world – but nothing beats exploring your own country.