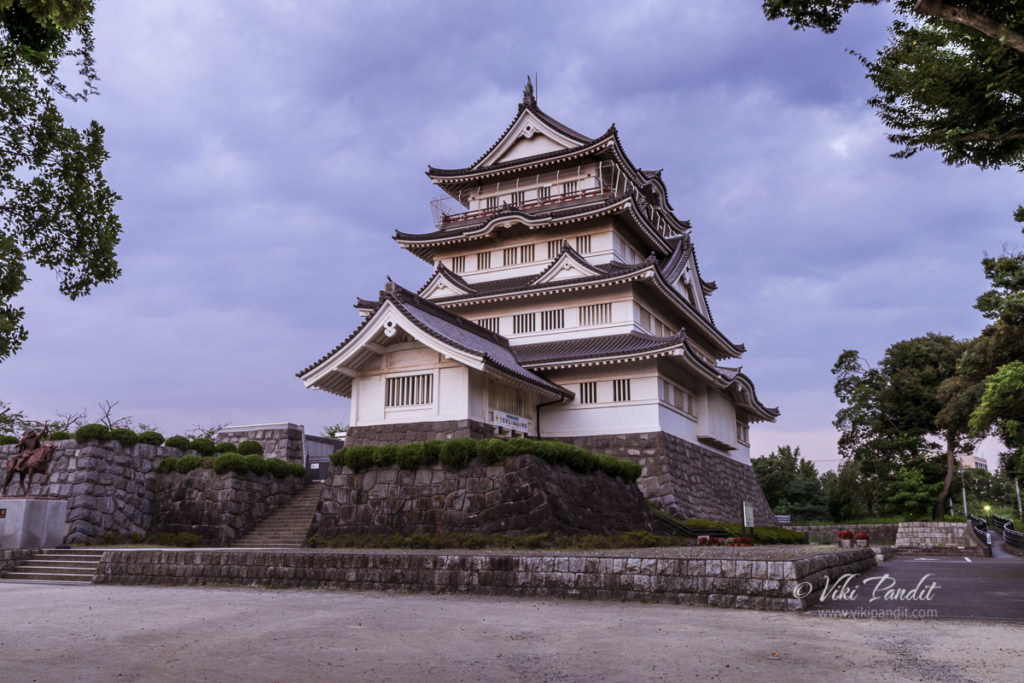 Today we head up to the picturesque castle on a hilltop in downtown Chiba. The ruins of the Inohana Castle go back to early 1100’s when it was created by Chiba Tsuneshige, however the replica that stands today is from sketches of a late 16th century design that somewhat reduces the authenticity of the castle.

The Chiba Castle was not on my bucket list, but while we were in the Kanto region, we decided to give it a visit From the interesting Saitama Rail Museum, we took the JR train to Chiba Station From Chiba Station, we took the Chiba Urban Monorail, a two-line suspended monorail system It is the world’s longest suspended monorail system travelling along a 15 km route This dual-tracked system was built by the Mitsubishi Company, to connect the suburbs of Chiba Prefecture with main city Chiba Urban Monorail It was fun watching the cars go by below our feet as the Chibatoshi-Monorail passed through the heart of the city The ride is short, all of 6 minutes and