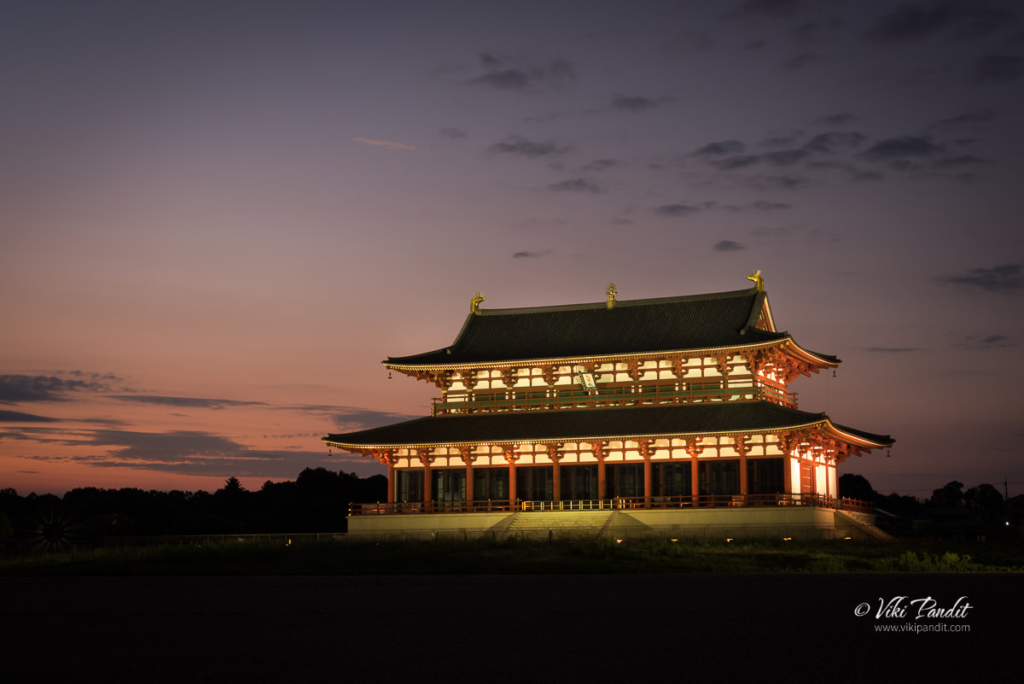 I used to go past the Heijo Palace every time we used to drop in at Osaka. It used to look so beautiful in the night from the train. We finally went to the palace grounds today, to capture its majestic view. A UNESCO World Heritage Site, Heijo Palace used to be the emperor’s residence when Nara was the capital of Japan in the 8th century.

While I was living in Nara, Kyoto used to be one of my favourite places to hang out during the weekends Unless I had a JR Pass lying around, I would generally take the Kintetsu local line from Nara to Kyoto On-route, the train line passes through a wide stretch of paddy fields with a beautiful building standing majestically at the Heijo Palace site As the local train used to run past the heritage building, it used to captivate me each time, especially during my late-evening rides Today I took out some time to explore the Palace grounds and capture its majestic persona, which at one point of time, used to be