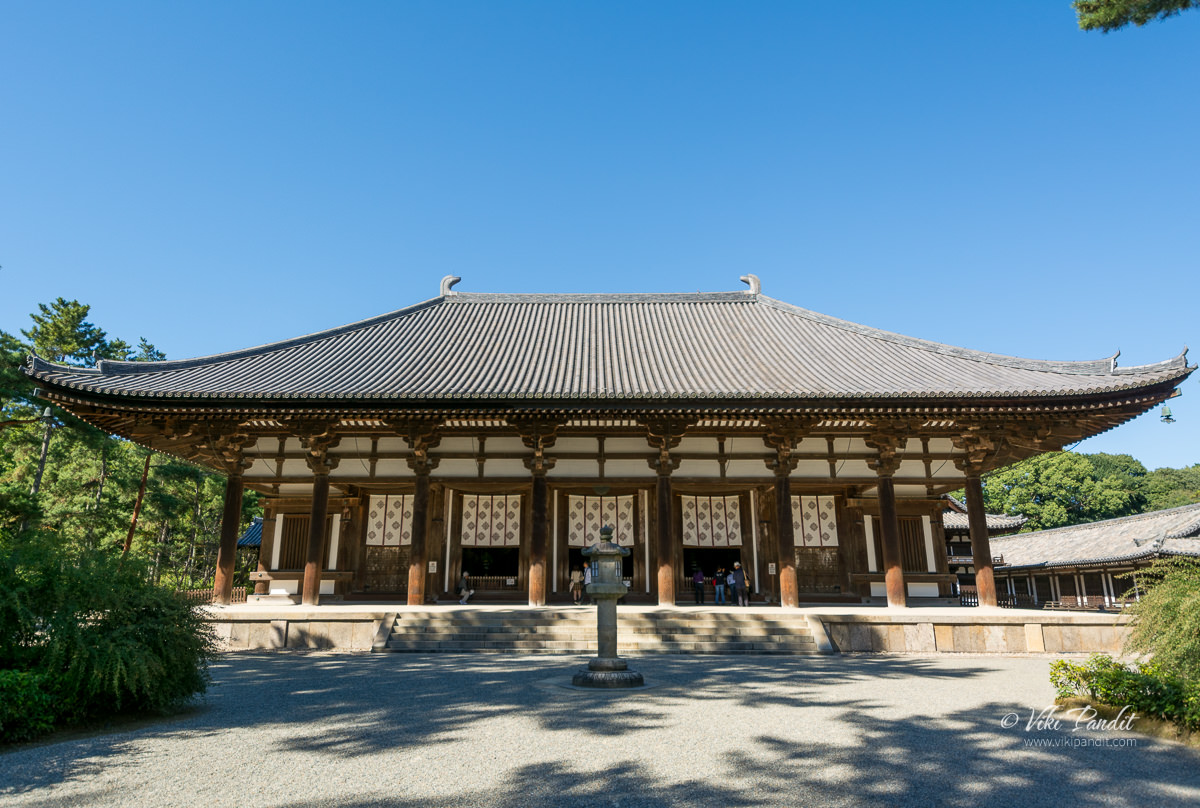 Nara is not very English friendly, so it took a bit of a push, to venture out alone to explore Gojo-cho, some five kilometers west of Nara. However, they do have very helpful Tourist Information Centers. So I took a deep breadth, trusted my navigational skills and set out.

I walked down to the Nara Tourist Information Center near Kintetsu Nara Station. I was flipping though various pamphlets at the Center before a charming lady offered to help me. I told her I wanted to visit Yakushi-ji & Toshodai-ji. She took out a bus route map of Nara and drew me the route I needed to take. She told me to wait at Bus stop #8, just outside the Center, and catch either the #70, #72 or #97 buses to Yakushi-ji/ Toshodai-ji. She also helped me obtain an all day Nara Bus Pass, that cost me 500 Yen.

I walked down to the bus stop, beside the Kintetsu Nara Station. I didn’t have to wait long for Bus #70 to come along. It was full, but not crowded. The first time one uses the All Day Bus Pass, they have to put it in the ticketing machine to get the date stamped. After the first ride, you just need to show the pass to the driver. At the next stop, JR Nara Station, most people got down and I was able to obtain a seat. I kept checking the route the bus was taking on the map provided to me. We passed a stop for Heijo Palace Grounds. I made a mental note to come down here some other day.

Within a few minutes after the Heijo Palace stop, the landscape changed and houses gave way to lush green paddy fields. The bus took a hard right and drove across, over a small canal. It took around half an hour to reach my first stop, Toshodai-ji.

Toshodai-ji is a Buddhist temple of the Ritsu sect, known for its 8th-century Golden Hall. Toshodai-ji was founded in the year 759 by Ganjin, a Chinese Buddhist monk invited by Emperor Shomu to introduce his subjects to the teachings of Buddha. Once complete, Toshodai-ji became the headquarters of the Ritsu Buddhist sect, giving priority to moral teachings and strict respect to the rules of the monastic discipline. Ganjin’s teachings at Toshodai-ji played an important part in the growth of Buddhism in Japan.

The admission booth is just across the road, where the bus dropped me and a handful of other tourists. Entry fee to the temple is 600 Yen. From the Nandai-mon gate, a wide pebbled road leads up to the main building known as Kondo Hall. The rectangular hall is supported by eight rounded wooden columns. I have not witnessed such unique columns in any of the other shrines in Nara except for Yakushi-ji. It’s a testimony to eighth century Chinese influence on Japanese architecture in this area. Inside the Kondo Hall are a variety of masterpieces classified as “national treasure.” The hall also holds a sculpture dating from 763 AD, in dry lacquer, representing the old master Ganjin, sitting in meditation posture. Photographing the sculptures is not allowed.

Just behind the Kondo Hall is the Kodo Hall, also known as the Golden Hall. The Kodo Hall, once used to be a boardroom for the court of Nara and was originally a part of the Imperial Palace. It was later moved to Toshodai-ji, where relatively untouched by fires, it is the only surviving building of the former palace.

There are a number of small paths on the temple grounds. I instinctively turned right of the Kondo Hall and followed a narrow path towards Ganjin’s grave. Toshodai-ji’s founder, Ganjin, died in the temple in 763. His grave is located in a beautiful moss-covered garden. The surrounding trees and a small pond gives the area an atmosphere of serenity. His gravestone sits on a mound in the center of the garden.

Walking back from the garden, I found some acorns along the path. I stashed some in my cargo pockets for the Shika (Deer) at the Nara Park. I went around the back taking some close-up pictures of the temples architecture. Once I circled back to the Nandai-mon gate, I saw a noisy group of tourists being instructed by their guide about the temple. I quietly slipped out of the gate. From Toshodai-ji I could have taken another bus to Yakushi-ji, but I love to walk. So I walked a few paces back where we had crossed a lovely canal and then started southwards towards Yakushi-ji. 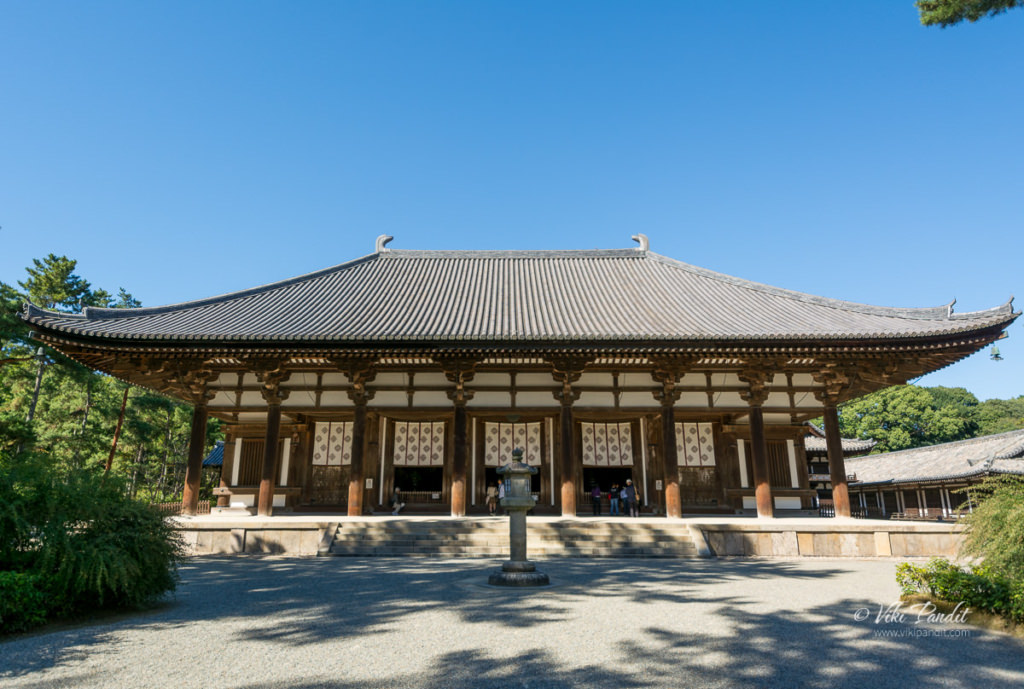