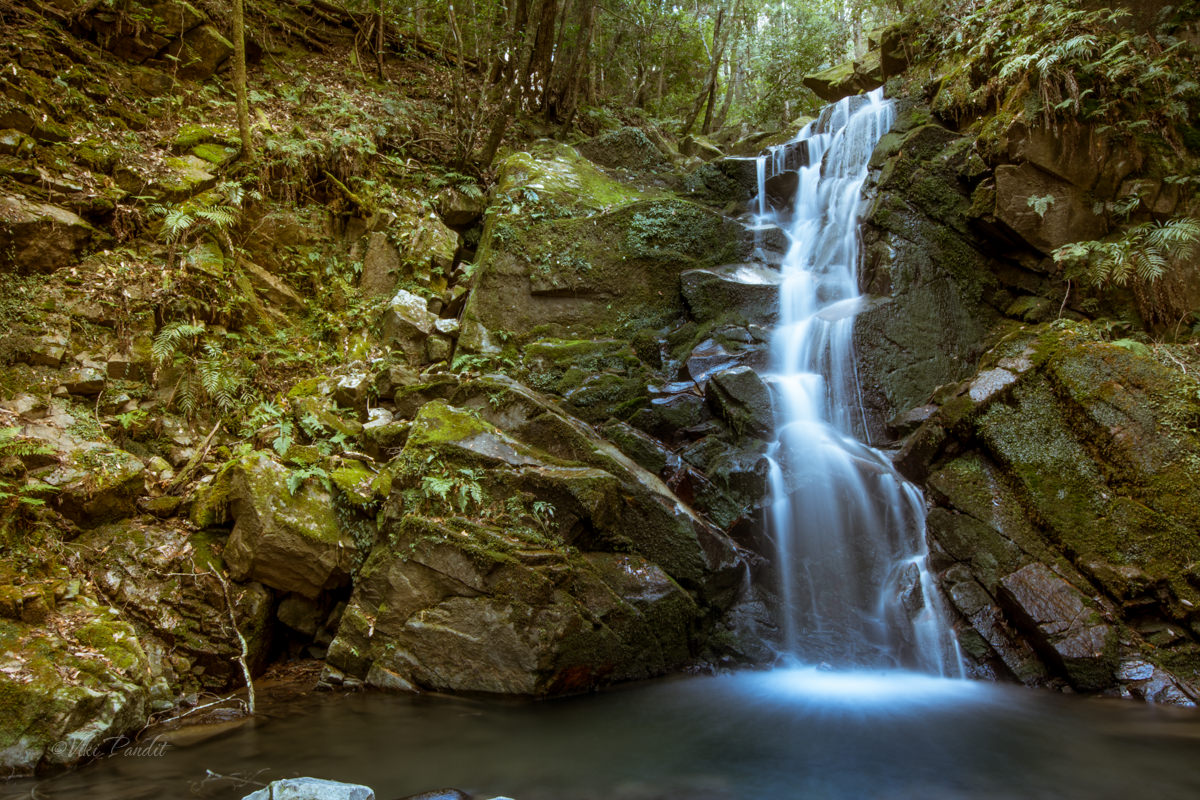 I have been to Nara Park several times. The ever popular Tôdai-ji temple and Kasuga-Taisha shrine are always crawling with inquisitive tourists, but today Mani & I wander beyond these cultural landscapes into the Kasugayama Primeval Forest. The natural environment of Kasugayama is an integral yet invisible part of the shrines and temples in Nara Park. The park is so large you could easily wander into the Primeval Forest, without even knowing it.

Kasugayama Primeval Forest is a primeval forest spread over 250 hectares, near the summit of Kasugayama. It contains around 270 different kinds of trees. Hunting and logging have been prohibited in the sacred forest since 841 CE. As a result, the forest backdrop of the shrines that you see today have remained unchanged since the Nara period, retaining the authenticity in spirit and feeling from yesteryear.

I had been looking forward to hike to Uguisuno-taki Falls for some time now, but the wet weather in Nara kept preventing me. Eventually the rains gave way this week and we took the opportunity to hike up the Wakakusa mountain. After a quick meal at the college cafeteria, Mani & I walked towards Todaiji from where the trail starts.

The hike to the Falls is about 10 km round trip, from the base of Wakakusayama. You can find the trail somewhere between Todai-ji and Kasuga Taisha which leads into the woods. A signboard is present at the start of the trail, so it won’t be tough to find.

None of the busybee tourists flock this trail. It was only after maybe half an hour that we we came upon a group of cheerful elderly ladies, trudging back towards the city. They greeted us with smiles and “Konnichiwa.” I always find the friendliest of people on hikes. Maybe its the mountain air or the excitement from conquering the hike.

There are some Snake warning signs along the path so be careful.

Deep into the forest, we found some lovely looking Japanese beautyberry shrubs. It is a deciduous shrub, most notable for producing purple berries during fall. These fruits are not toxic but also not edible for humans. They serve as al alternative food to the birds and deer in the forest.

Halfway up the mountain the woods become thicker and the trees become taller. With the thick forest of pine trees surrounding me, I felt like a tiny little ant. There was silence all around us except for the sudden chirping of the birds. It was a welcome break from the increasing number of temples I had been visiting of late. The inside of the forest is dim even in the daytime as sunlight is not able to penetrate through the tall trees.

The thick woods with rows of Pine trees

The waterfall lies at the northeastern end of the Kasugayama primeval forest. The fall does not lie along the main trail so you will have to follow the directions provided along the way. There are proper signs that will tell you once you have reached the exit point to get to the waterfall. From there you have to descend down from the main trail. The path becomes very narrow here and at some curves, are a bit tricky to negotiate in the wet mud. After about 15 minutes of descent, we reached the waterfall at around 2:30 pm.

After the climb down from the main trail, a flight of stairs takes you to the Waterfall

Uguisuno-taki Falls has been a popular local spot since the Edo period (1600-1868). It takes its name from the popular Uguisu bird, also known as the Japanese bush warbler. The Uguisu, with its camouflaged colors, is more often heard than seen. Its distinctive breeding call can be heard throughout most of Japan from the start of spring. Since the Edo Period, the Japanese have anticipated the first calls of the bush warbler as it heralds the coming of spring in Japan.

We spent some time at the base of the falls, capturing some photos of the surrounding area. It is not a grand waterfall. It would be about 8 meters in height and due to the season, the water was a little more of a trickle. However what is interesting is that the water flow never dries up here. Still it was a nice place to sit down and relax. The water at the base of the fall was very very cold.

By 3:30 pm we started our walk back. The way back was much faster. We were quickly out of the wooded area where the skies were much more visible. In the late afternoon, the Sun had sprayed the forest with a golden glow.

Once you are out of the woods, it feels quite pleasant walking on the pebbled path. Surprisingly I didn’t notice any deer in the area, though this isn’t very far from the Nara Park where they can be found loitering in abundance.

After walking for about an hour, we were back at Nara Park in front of the glowing, brown Wakakusayama, slated to be burned in a couple of weeks as part of the Yamayaki festival. Every winter on the fourth Saturday of January, Wakakusayama’s slopes are burned during the spectacular Wakakusa Yamayaki festival.

I love to be able to experience wilderness areas in peace.The Uguisuno-taki Falls is not a very big waterfall, but the hike alone is gratifying in itself. It is the only waterfall in the vicinity of Mt Kasuga. The trail to Uguisuno-taki continues beyond the waterfall and I hope we can come back another day to continue on that path and see where it goes.

Thank you for reading. Please leave me a comment or ask away if you need any information for hiking to the hidden waterfall. 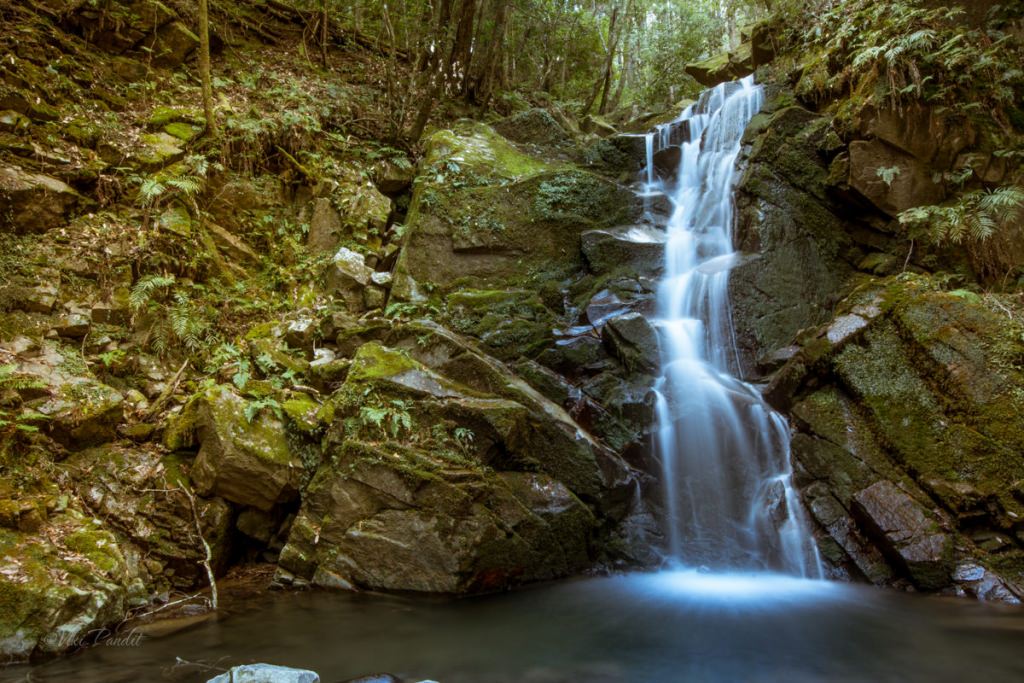