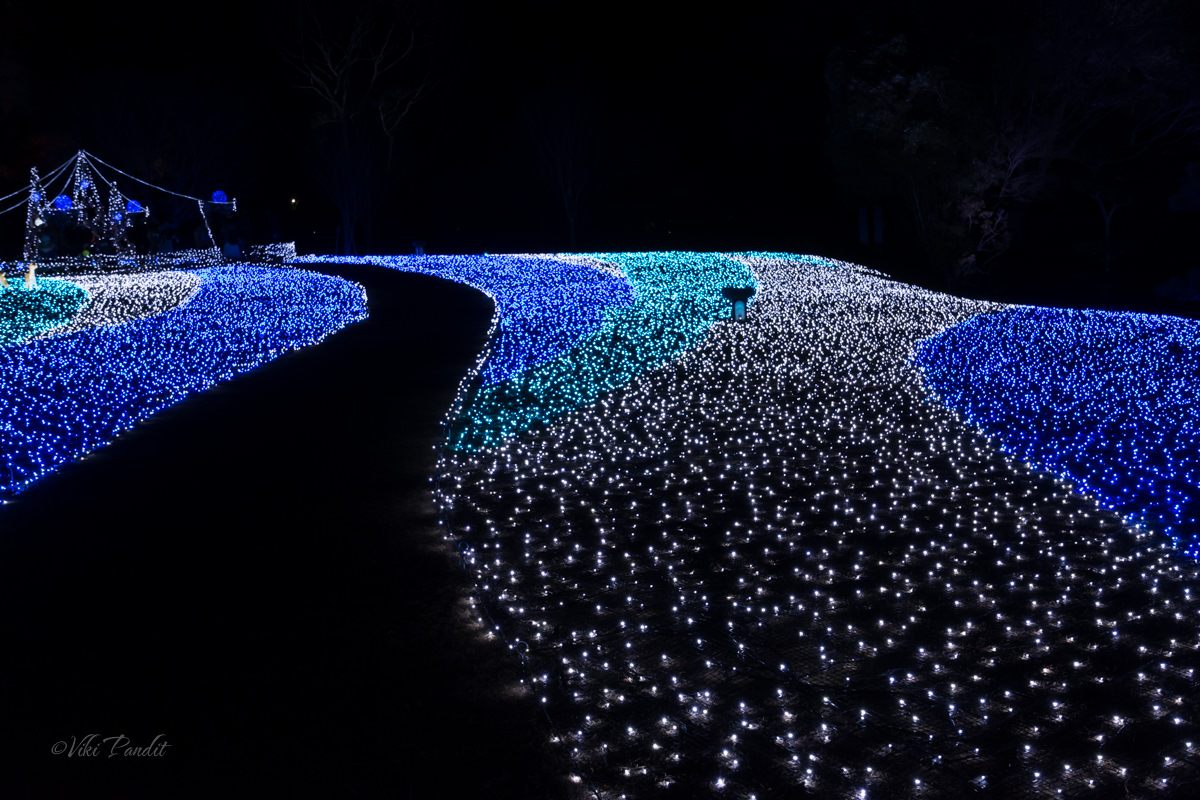 Nara Rurie, a winter illumination festival is celebrated in early spring in Nara. The Park is covered in a beautiful world of azure blue, believed to usher happiness into everyone’s lives. The deep blue Rurie, has been held sacred as a supreme color by the Japanese people since being introduced via the Silk Road. This year Nara Rurie marks its 5th anniversary.

Once I started to discover Nara, the first thing that impressed me about this city is its amazing historical highlights. Nara is an ancient city with thousands of historic treasures. It is most noted for the many ancient Japanese Buddhist buildings and artifacts in and around the city, including the Seven Great Temples.

Nara was established as Japan’s capital in 710 CE by Empress Gemmei, and remained so for another 80 years. But for a small duration of 5 years(740-745), when the capital was moved elsewhere, it emerged as the fountainhead of Japanese culture. During this period Nara enjoyed great prosperity. The city was heavily influenced by the Chinese, so much that it was remodeled after the Chinese city of Chang’an. During the time of Emperor Shomu, who very much patronized the Chinese, the Japanese upper classes adopted Chinese written system and the religion of Buddhism. The historic monuments of ancient Nara that still stand, bear witness to the evolution of Japanese architecture and vividly illustrates the cultural evolution during that time. The city’s Buddhist temples, Shinto shrines and the excavated remains of the great Imperial Palace provide a vivid picture into the lives of the Japanese in the 8th century.

During the first couple of weeks of February, these monuments are being showcased with light projections and laser shows culminating with the Izumi Iwaki festival, celebrating the 136th anniversary of Nara Park. The winter evenings are illuminated with colorful lights at the symbolic structures of Nara Park — including Nara National Museum, Kasuga-Taisha Shrine, Kofukuji Temple and Todaiji Temple.

The walk to Nara Park is not more than 15 minutes from where I stay. To escape the crowds we left home late at around 8 p.m. Note, the lights stay on only till 9 p.m. We entered the park from behind the Todaiji. Todaiji wasn’t open but the Kagamiike Pond in front was illuminated with a laser show. Inside the temple, the organizers had opened the window of the hall so Daibutsu’s face could be seen from the gate. The window stays closed for the better part of the year. So if you want to witness the face of Todaiji’s Buddha from outside, this would be a nice time. We stayed there for a few minutes enjoying the cool laser show over the pond.

We then head off towards the Nara Forum, where the main illumination takes place. The park was lit up with illuminated gates along the path. Stalls offering Japanese delicacies are set up along the entrance path.

The iluminated gates on the path to Nara Forum

The garden inside was immersed in a carpet of glowing azure. Rurie or Lapis lazuli, a deep blue semi-precious stone that has been prized since antiquity by the Japanese for its intense color.

We walked into the astonishing meadow of blue lights. At some places along the Tanabata Road, some life-sized illuminated figures of the famous Deer of Nara Park are also placed.

Illuminated Deer at the Nara Park

It was really an immersing experience of lights at the Park. The walk around the azure lights is very romantic and great for a pre-valentines date.

Illuminated Deer at the Nara Park

One can get the latest information about the upcoming schedules of the Nara Rurie festival from here: http://rurie.jp/en/ 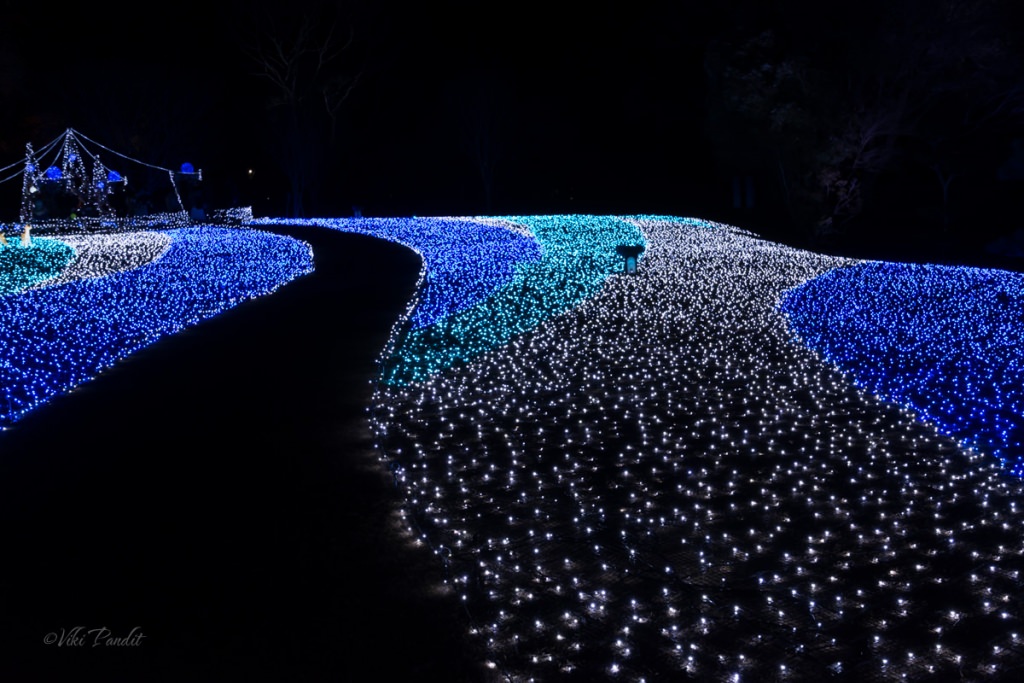