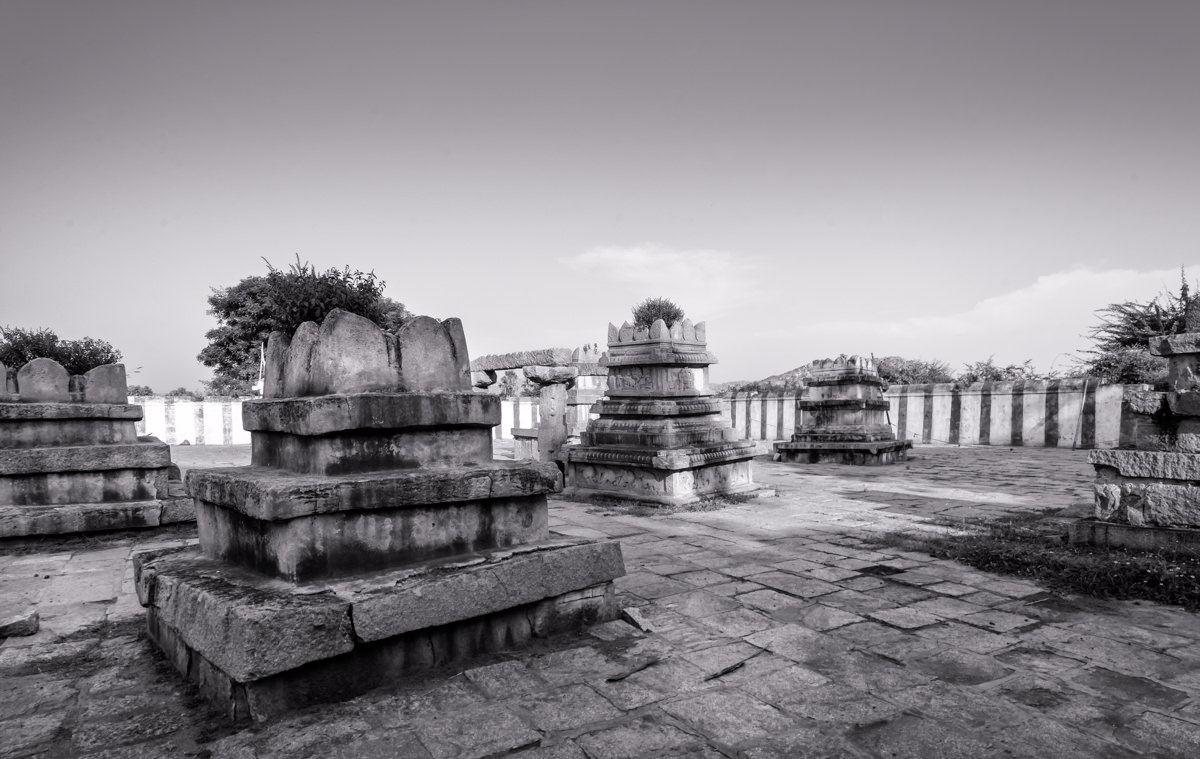 Today we go on a lazy drive to Anegundi, also known as Kishkinda, the legendary ape city of Hanuman and Sugreeva, as told in the epic tale of Ramayana.

After the exploits of the day before in Hampi, we were a bit tired and decided to take it easy and just go on a long drive to Anegundi. Along the way, we took a short break at the huge Tungabhadra Dam. We had to park the car at the entrance and take a tour bus to the top. At the top is a small tower. Visitors are not allowed inside the tower. The reservoir is vast. In the mist, it was impossible to make out where it ended. We stayed there at the top for a few minutes. Rather than taking the bus down, we decided to walk back down a flight of stairs through a forest of sorts. After a few minutes, we reached a clearing. From there we hit the main road. Along the way, a couple of ladies were selling some small rounded tangy fruits. They looked like amla, but a bit different. We munched on them as we walked to our car.

On the way to Anegundi, we crossed an ancient broken bridge made of stones that used to connect Hampi with Anegundi during the days of the Vijayanagara empire. Anegundi’s history dates back to the 3rd BCE century when it was a part of Ashoka’s Empire.

We passed Aanjaneya Temple along the way.  I could recall a movie scene shot here on the steps of Aanjaneya Temple in the movie “Myth.” Aanjaneya Temple is believed to be the birthplace of  Hanuman and a famous pilgrim destination. A few kilometers down the road, we turned right into a mud track leading to Pampa Sarovar. The road was tight and on the left was a wall of boulders, maybe 3 stories high, placed so precariously, it felt they could fall down any moment. The pond is surrounded by rocky boulders. According to Ramayana, Sabari a devotee of Rama used to reside here in a cave. There is a small Lakshmi temple here beside the pond. After staying there for some time, we turned back to the main road and went towards the Durga temple.

Navabrindavan is located on a small island bang in the middle of the Tungabhadra river. The only way to reach it is to take a ferry or maybe swim 😉 The island is home to the tombs of nine saints,  followers of Madhvacharya.  The nine tombs form a circle, and a yellow line is drawn as a perimeter around them to stop visitors from disturbing the saints at peace in their Samadhi.

The island can only be reached by boat from Anegundi – charges Rs.30/- per head

The fascination of Anegundi is not just confined to its topology but also for its mythology. A story goes that an angel by the name of Sangukarna used to come here to collect flowers for the puja of Lord Vishnu. He used to be so mesmerized by the beauty of this place that he would often be late for delivering the flowers for the puja in Brahmalok. Angered by this, he was cursed to be born as an Asura by Lord Brahma. The child so born was Prahalad, son of Hiranyakashyap, the demon king. Even though he was born an Asura, Prahalad was a dedicated devotee of Vishnu and spent hours meditating in the cave on this island. Hidden amidst the boulders and hillocks of Anegundi are many more such places with mystical stories. Sites like these must be protected and saved. They have so much to tell about us.

We had to wait for some time for the ferry to come around. A small crowd had gathered and we were afraid, we might have to wait for another round. However, we somehow managed to get a couple of seats. On the way back I got a few snaps of a submerged structure. Why it was there in the middle of the river is beyond me. Even more interesting is that even the raging Tungabhadra had not been able to break down this structure over all these years.

Nava Brindavan has the Samadhis (tombs) of nine saints

We went back to the car and started our ride back to the Hotel. The beautiful sun was setting behind the boulders by then and even though a part of me wanted to get down and take some pictures, I just sat back to watch and enjoy.

How much time does it take to reach Nava Brindavan from Hampi Hyatt Place?

What is the best time to visit Nava Brindavan in Anegundi?

During monsoons, the river is flooded and the currents are very strong so visits should be avoided. Any other time should be fine. There is a ferry run by the tourism dept. with life jackets on board.

How much time does it take to climb Aanjaneya Temple?

About an hour at a leisurely pace 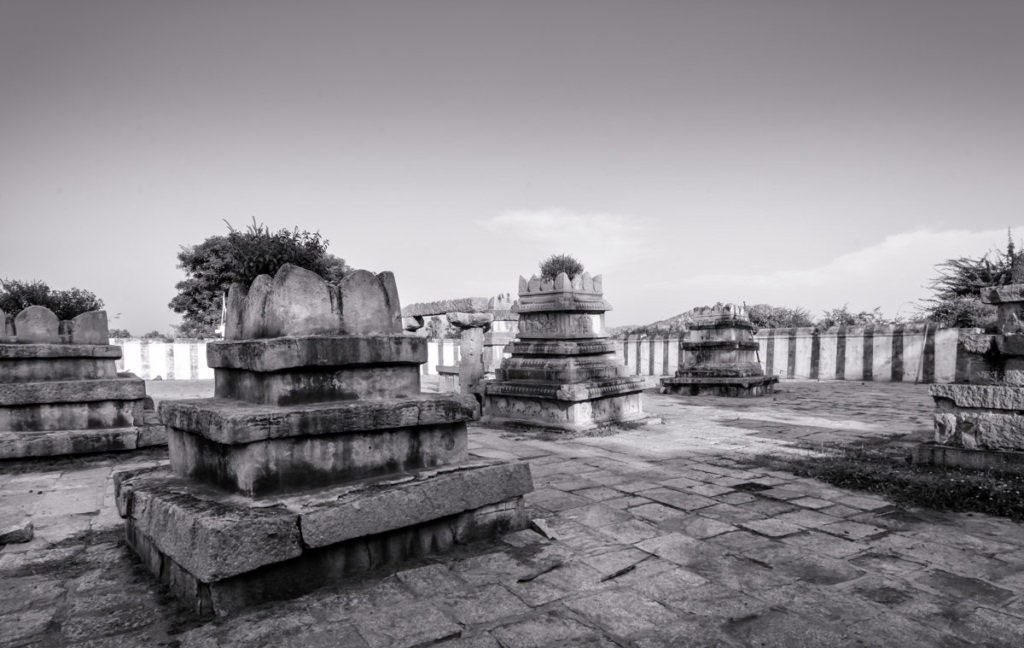