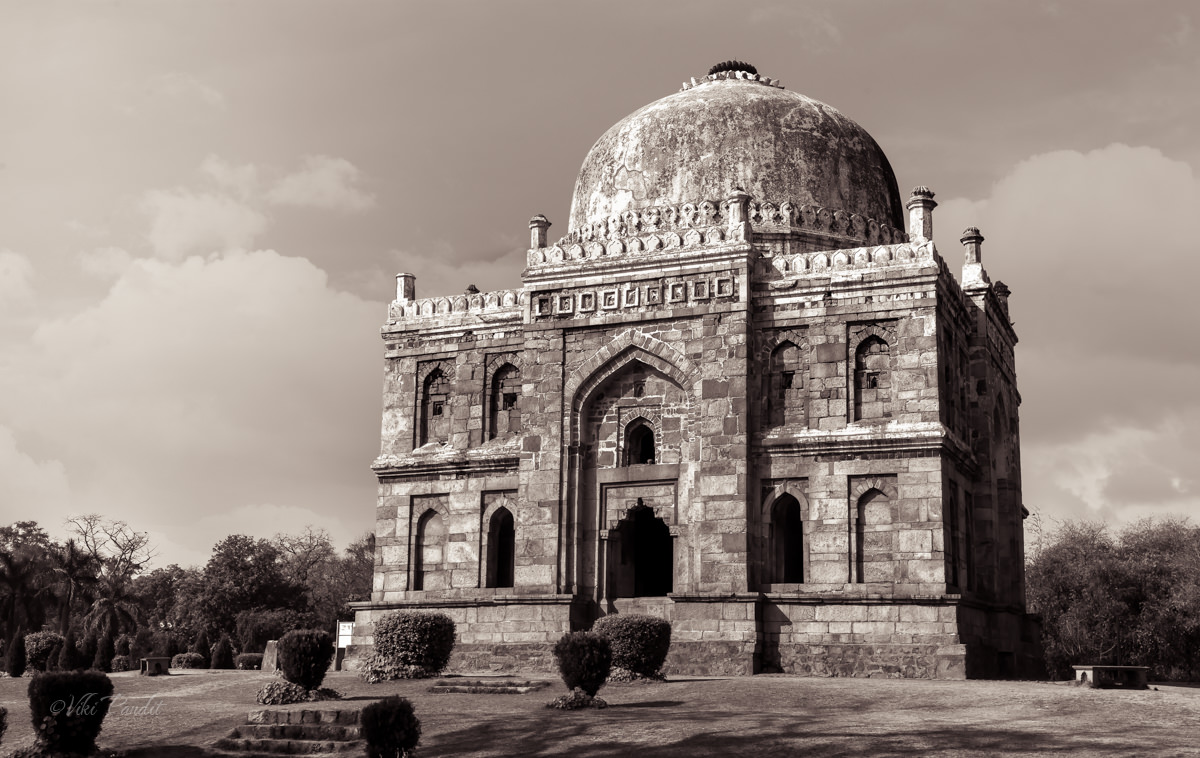 I was in Delhi during this weekend accompanying Mani. She was taking an exam at the Jawaharlal Nehru University (JNU). This was my first visit to the Indian capital and couple of my colleagues who live in Delhi had suggested me that I visit the Lodi Gardens & Haz Khas Village as they were very near to JNU. Both the places have a historical significance and I am always game to see such places that hide so many stories. So for the few hours I had while Mani was taking the exam, I decided to visit the Lodi Gardens for a photo walk.

Reaching Lodi Gardens was easy. I took an auto ride from the JNU to Lodi Gardens. It hardly takes around 20 minutes for the ride. The Lodi Gardens is spread over 90 acres and contains the tombs of two prominent Afghan rulers, Mohammed Shah & Sikander Lodi, who ruled parts of northern India and Punjab between 1451 to 1526. As I entered the garden, I could see the towering Bada Gumbad. It was around 9 a.m and quite a few fitness enthusiasts were still on their rounds.

The Bada Gumbad is characterized by an octagonal chamber, with stone pillars and intricate Arabic inscriptions on the walls. It harbors the the tomb of Mohammed Shah. The structure is characteristic of Islamic architecture with a high dome resting on a square base. The base pillars are constructed of stones very much like the temples of Hampi. The dome shows signs of weathering that has happened over the years, but the lotus on the top is till well-preserved. On the sides are two long corridors. The corridor on the right is more artistically designed with domes and wall carvings.

Just opposite of Bada Gumbad is the Sheesh Gumbad. Its as though both face each other. The Sheesh Gumbad also follows the pattern of Bada Gumbad with a double storeyed appearance. One cannot miss the adorned vivid blue tiles towards the top. The use of the glossy blue tiles adds to the grandeur of the structure, outshining even the bigger Bada Gumbad. The ceiling is decorated with plaster depicting floral designs. The inside is pretty dark. There are several unmarked and un-ornamented graves in rows along the rough floor. The walls are unadorned more by bluntly scratched names of stupid people rather than the exquisite plaster that once was the talking point of the tomb. The dome’s concave surface is decorated with floral and Arabic calligraphy patterns.

Another tomb within the gardens is that of Sikander Lodi, which is similar to Mohammed Shah’s tomb, though without the chhatris. It was built by his son Ibrahim Lodi in 1517, the last of Sultan of Delhi from Lodi dynasty. Ibrahim Lodi was defeated by Babar in the first battle of Panipat in 1526, signifying the end of the Lodi dynasty and laying the foundation of the great Mughal Empire. Sikander Lodi was a poet of the Persian language and prepared a diwan of 9000 verses.  The top two storeys of the Qutub Minar were reconstructed in marble by Sikander Lodi. Time passes quickly in such historical surroundings. It was 10:30 already so I had to head back to the University without seeing his tomb.

After picking up Mani, we had a quick lunch in a nearby mall. I was extremely impressed with Lodi Gardens and wanted Mani to have the experience as well. So we went back together.

We sat on the soft green grass beside the Sheesh Gumbad. Towards the late afternoon, as the sun became softer, a number of birds descended upon the area. Parrots, Mynas, Pigeons & Eagles were swooping out of nowhere over the park raising the sound decibels of the quite surroundings. A number of joggers also started to flow in. Some people were walking their dogs. It is heartening to find dogs are allowed in this park. Among all the dogs out for walk, Labradors were clearly a favorite.

We stayed there till sundown. There was a quick passing shower. We took shelter in one of the chajjas inside the Bada Gumbad. Once the rains stopped, we headed back to the airport.

The beautifully landscaped and manicured garden along with the magnificent tombs creates a charming atmosphere. The park provides a quite get away from the noisy life in the middle of Delhi. For those willing to listen, the walls of the tombs, they tell stories most interesting. I loved the time I spent there and I have my wonderful friends to thank for suggesting this lovely place. 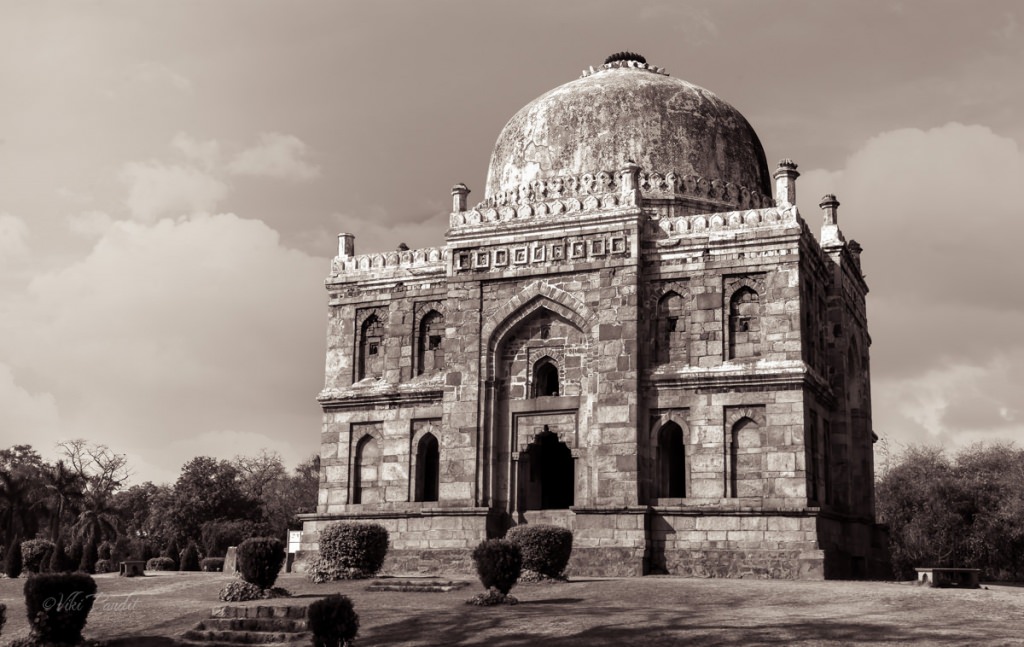