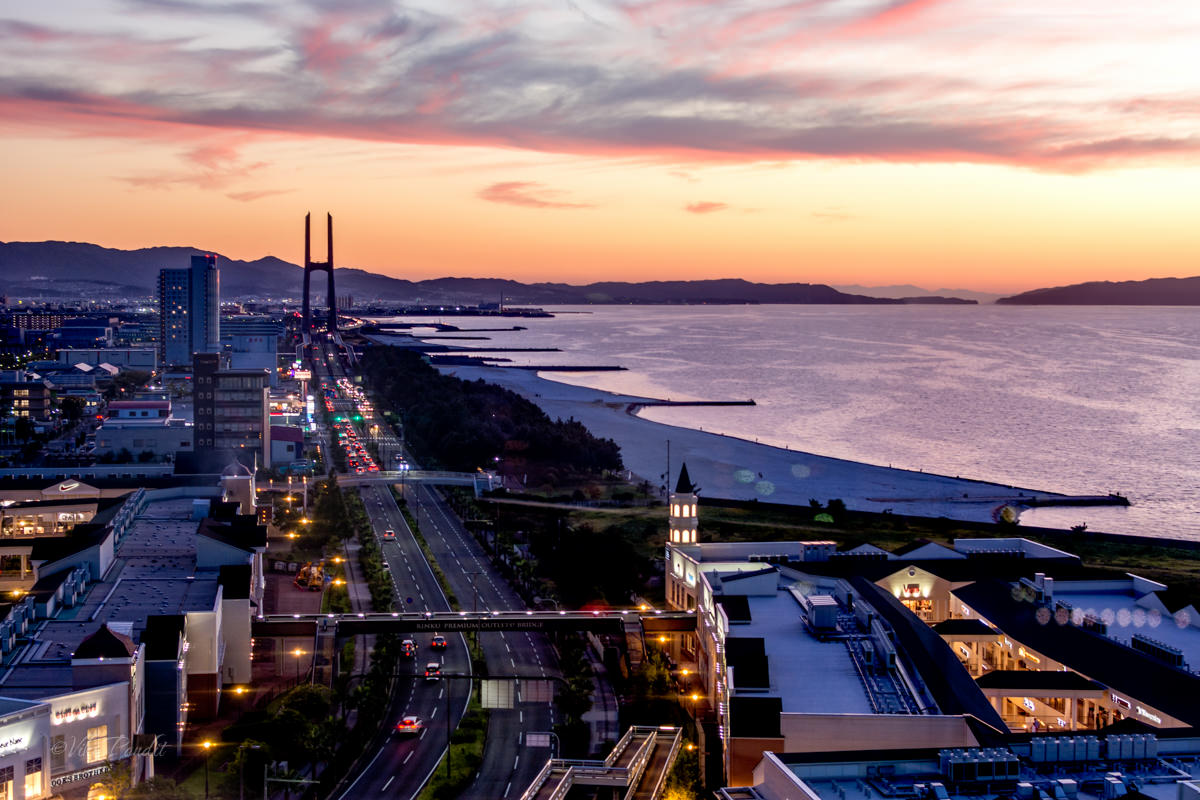 Life sure could do with a little less Adventure…

Apologies for a bit of a rant first up. My day began with the most unfortunate news that I cannot buy a Pocket Wifi in Japan, not on my tourist visa. I could literally feel my face turn pale as we hurriedly set out for Kansai Airport to get the rental ones from SoftBank.

Kansai Airport is an 85 minute trip from the JR Nara Bus Stop in Nara. It costs 2500 Yen approx, depending on the Bus. The Airport Limousine ride to Nara from the Kansai Airport had cost us 2050 Yen, a couple of days before. It was a lazy ride with the bus passing through endless stretches of green paddy fields. We reached Kansai Airport around 3 p.m. The bus usually drops off passengers at Terminal One. We straightaway headed towards the SoftBank shop, which is a couple of floors below on the Ground Floor.

The SoftBank counter was devoid of the usual crowd and I was hoping they had a piece left. It is always a good idea to book your Pocket WiFi rentals at least 3 days in advance from the country you are travelling via internet. Not a very safe idea to just drop-in at the counter. They might not have stocks.

The rental cost me 1490 Yen per day inclusive of insurance, but they block around 40,000 Yen on the Credit Card in case the device would get damaged or lost. The process is fast and it didn’t take more than 15 minutes to get my Pocket Wifi.

After my moment of relief, and a pause after which color started to return to my face, we decided to stay back for a few hours.

When Mani had visited Japan, for the very first time, she had stayed at the Japan Foundation building in Osaka. So we agreed to spend the next few hours we had, at Rinku Town. A Limousine Bus is available right from the Airport to Rinku Town. It costs 200 Yen per person for the ride. While we waited, Mani got us a drink from the Vending machines. Vending machines were still a wonder for me, coming from India.

The bus was exactly on time. Midway, it stopped to drop off a few passengers at the Kansai Airport Observation Deck. The Airport is on a small island off the Osaka Bay and we drove past a long flyover over the blue sea. On the way Mani excitedly, pointed out to me, the Japan Foundation building, where she had stayed for over a month.

The ride to Rinku Town was about 30 minutes. The bus dropped us off at the Rinku Town Premium Outlets Mall. It’s a huge semi-open air mall, one of the largest shopping center in Osaka.

We roamed around the shops. I bought a scarf for Mani and a cap for myself. By 4 p.m. we were a bit hungry and we went inside a Ramen shop. The food was just as tasty as it looked.

Among the wide range of well-known foreign brands, I was happy to notice some of my favorite anime goods. But they were rather expensive.

Rinku no Hoshi, the giant Ferris Wheel,  is a landmark of Rinku Town, and commands a panoramic view of the Bay area and Kansai Airport.

When we reached the giant wheel, it was still bright & sunny. We waited for a while for the sun to descend so we could enjoy the ride.

Just below the wheel, a sweet lady was selling Japanese sweets. Mani had some Dango. Mitarashi Dango is a sweet Japanese dumpling made from rice flour. They are generally served on a bamboo skewer and covered in a sweet soy glaze.

As the evening set in, we bought the tickets to the Ferris Wheel. A ride on the Ferris Wheel costs 700 Yen per person. If you want to go for a second ride, they give a discount coupon for 200 Yen.

The ride on the Wheel is of 15 minutes, but it’s 15 minutes, awesomely spent. One one side one can see the beautiful city and on the other the vast ocean.

If you are up there on the Ferris wheel at sunset, it adds magic to the ride.

The Rinku town area in not about just the shopping mall. After the wonderful ride on the Ferris wheel, we wandered around the shore, catching some breathtaking shots along the bay.

Once the sun had set, in the fading light we could see the long bridge connecting the mainland to the airport.

As the light faded away, we walked down towards the Japan Foundation building. Mani used to tell me over voice chats how he would walk down to Rinku Town over the weekends, so I wanted to experience it myself.

With my tripod in hand we kept walking till we reached a bridge called Tajiri Sky Bridge. It was a cable-stayed bridge with promenades on both sides.

After enjoying some lovely view of the bay from the bridge, we began our walk back too Rinku Town Station.

The train station is connected with the mall via a over-bridge, so we passed through the mall. It was late in the evening and the crowds had mostly dispersed by then.

The Ferris Wheel had stopped and was looking glorious at night.

Rinku Town is a lively place to spend an evening. Most of the stores are a bit premium but the mesmerizing landscape around it is free.

Thanks for reading! I look forward to your comments and questions. If you are looking to explore more of the Osaka region, follow my story as I make friends with the deer at the enigmatic Nara Deer Park in Nara. 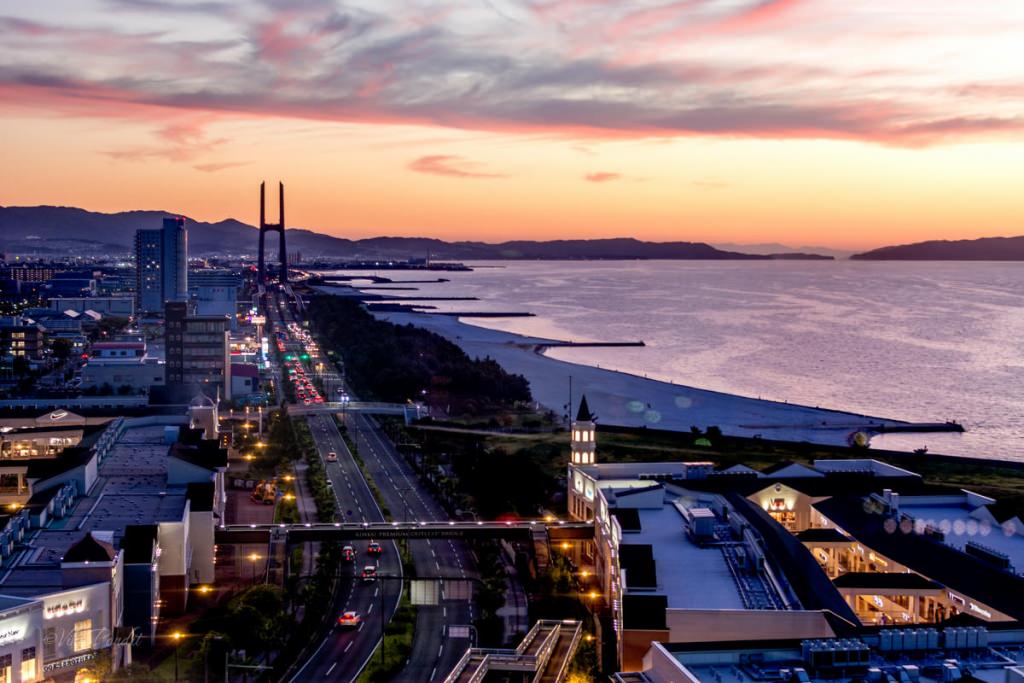 Places to see near Rinkuuouraiminami