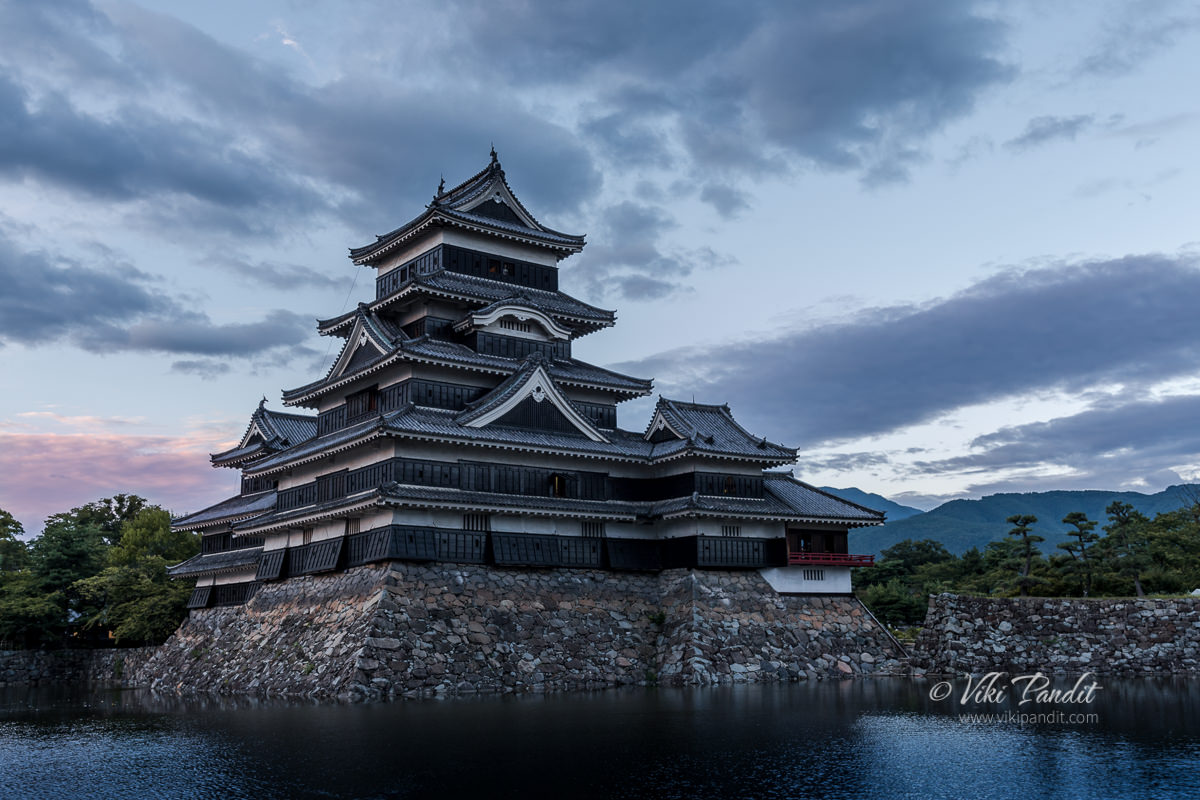 After a whirlwind tour of Kanto region, we were finally headed home. Along the way we decided to stop at the beautiful Matsumoto Castle (松本城 Matsumoto-jō) in Nagano Prefecture.

Constructed in 1592, it is one of four castles designated as ‘National Treasures of Japan’ and the oldest castle donjon (castle keep) remaining in Japan.

After an early morning tour of Shorinzan Darumaji Temple, we were back in Takasaki. From Takasaki we took the Shinkansen to Nagano. The journey takes about an hour and passing through some breathtaking mountains.

At Nagano Station, after grabbing a quick bite at a Starbucks on the station premises, we hopped back on the train to Matsumoto along the JR Shinonoi Line.

The train chugged along through some high altitude mountains and from the big windows, one can see afar into the valley below. When I was here in March, travelling to Jigokudani, I could barely make out anything in the thick snow.

After an hour of passing through some lovely scenery, we reached Matsumoto Station. From the Matsumoto station, it’s a 20 minute walk to the Castle. One can also take a bus, but we love to walk. The city streets were decorated with paper lanterns for the upcoming festivities in summer. Summer is the time for festivities in japan. All across the Tohoku and the Kanto region, everywhere we went, we found people engaged in their local festivities.

It was early evening by the time we reached the castle grounds. Near the entrance, a platform had been constructed for performances during the Taiko Drum Festival . Every summer the 2000 year old Taiko Drum Festival is held at the site in which various groups from across the country gather in Matsumoto to entertain the audience with their performances under night lights with Matsumoto Castle in the background.

The surrounding park is not very widespread and It didn’t take us long to reach the castle. Along a path by the moat, many weeping Sakura trees were swaying in the light breeze.

In April the castle grounds comes alive with cherry blossoms. During these times it is common to see many newly married couples having their wedding photos taken in the grounds of the castle.

It was evening but it was still very bright. Sunsets during summer in Japan happen very late at around 7 pm. I was mighty surprised in Okinawa, when the sun refused go down even after 8 pm.

Matsumoto Castle surrounded by the moat

We walked along the moat watching the koi fish swimming in the clear waters surrounding the castle. The black castle casting its reflection in the water of the moat, looked like a beautiful painting. In old days, because of its black walls, Matsumoto Castle also used to be called ‘Crow Castle.’

Near the red bridge there are some seats overlooking the Castle. We sat there for some time under the growing shadows of the castle.

Matsumoto Castle with the red bridge

As we sat by the castle, Mani explained to me how Matsumoto Castle is one of oldest castle in Japan. Its origins go back to the Sengoku period. At that time Shimadachi Sadanaga of the Ogasawara clan built a fort on this site in 1504 AD. This castle used to be called Fukashi Castle. In 1550 AD it came under the rule of the Takeda clan and then Tokugawa Ieyasu..

The most interesting aspect of the castle is the main donjon/keep (tenshukaku) completed in the late 16th century, and which remains in its original wooden interiors and external stonework. This donjon was constructed between 1593 and 1594 by Lord Yasunaga, the second daimyo (vassals of the shogun) of the Ishikawa family.

It was in the Edo period when the Tokugawa shogunate established the Matsumoto domain. For the next 300 years until the abolition of the feudal system in the Meiji Restoration, the castle was ruled by the 23 generations of the Matsumoto daimyos.

Dusk was finally upon us. The flat-land castle (hirajiro), though enchanting in beauty, looked somewhat defenseless in the fading light. The inter-connected rock walls and the surrounding moat are the only defense against any attacks. The narrow wooden windows on the top floors, once used by archers and gunmen as the last defense.

This Matsumoto Castle with the red bridge in front

The Castle consists of three stories and a concealed fourth. The second floor of the main keep features a gun museum, Teppo Gura, with a collection of guns, armor and other weapons. A hidden keep on the fourth floor is structurally independent of the main tower and is connected via a roofed passage.

As we started our walk back, I took this last shot of the picturesque castle

We still had some 4 hours of travel left to reach Nara, so we started on our walk back towards the Station.

The weather had cooled down drastically as we walked towards the Matsumoto station. The limited express arrived in a few minutes and we were off towards home along the JR Shinonoi Line.

With over 400 years of history, Matsumoto Castle is a national treasure that one must see. I have been to many castles and in my opinion this is the most beautiful castle in Japan.

Thanks for reading. Please leave your comments below. 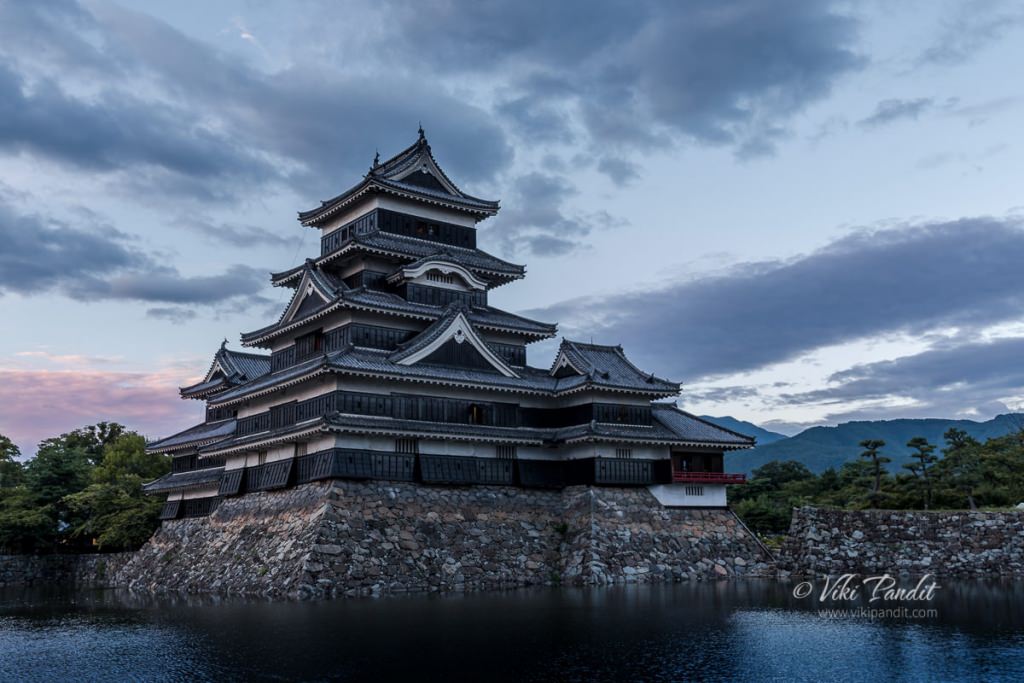 Places to see near Matsumoto