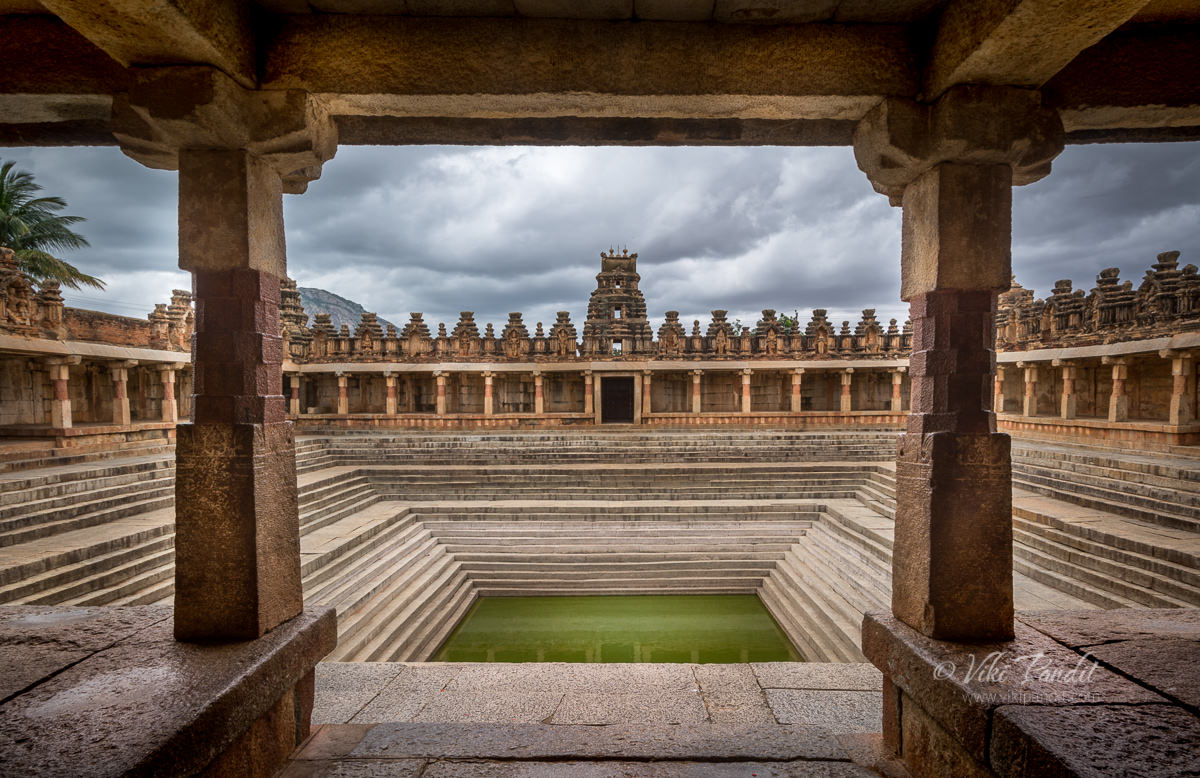 It’s a breezy Friday morning and today I head out to a 1200-year-old temple in the outer reaches of Bangalore.

The Bhoga Nandishwara temple was built in the 9th century and is a classical example of Dravidian Architecture. It is located in a small village called Nandigram, some 30 km from Bangalore. This village is surrounded by five hills – Nandi Hills, Brahma Giri, Vishnu Giri, Divya Giri and Skanda Giri.

The temple foundation is said to have been laid by Queen Ratnavali of the Banas in around 810 CE. Thereafter the temple underwent many additions and modifications especially during the reign of the Vijayanagara kings.

How to reach Bhoga Nandishwara by bus

I took a bus ride from home to Majestic Bus Stand. Thereafter I took a bus for Devanahalli. At the Devanahalli bus stand, I had to wait for some time looking for a bus to Nandi Cross. At Nandi Cross, there is an auto stand. They charge around Rs. 60 for a ride to the temple. It takes about 30 mins to reach the temple along the Nandi Hills Road. On the way I passed some lovely boulders and grape orchards.

The Bhoga Nandishwara temple is unlike any other temple I have seen. It is built like a fort with an outer wall enclosing a huge courtyard, the size of a football field. Vehicles are not allowed inside the courtyard.

The courtyard of Bhoga Nandishwara Temple

You can always find some monkeys loitering around the temple grounds. Do take care! they are not very friendly especially if you are carrying any eatables in your hand.

A Monkey in the Nandi Hills area

A gravel path leads up to the main entrance gate. Just before the entrance, you find a podium of sorts on your right, almost in ruins.

A podium in the courtyard of Bhoga Nandishwara Temple

A few paces from here, near the main temple gate, one has to leave their shoes behind at a makeshift shoe rack. Chances are you might not find any person in charge of the shoes.

Opposite the shoe racks one can find a number of water taps to wash up before you enter the temple.

As I made my way inside the temple, on the sides you can find the stone-carved Apsaras greeting you at the gates. These girls in dancing poses are almost a signature style of most temples in Karnataka.

Apsaras at the entrance of Bhoga Nandishwara Temple

I found a big crowd was gathered for a marriage ceremony in the “Kalyana Mantapa.” The main temple, the Bhoga Nandeeshwara has a majestic Shiva Linga, the sacred symbol of Lord Shiva. Photographing the linga is prohibited. Right in front of the stone idol, sits a Nandi, carved in black stone.

The temple was originally dedicated to Shiva and Parvati and the Nandi is a common sight at all temples dedicated to the Hindu god Shiva. The main hall is the most beautifully decorated with carvings on each pillar.

After watching the marriage ceremony for a few minutes, I moved on to the other areas of the temple.

On the right, there is a small staircase that leads to the back of the temple complex. Once I came down and turned back, I was pleasantly surprised to see a lovely elephant carved on the side.

The temple grounds actually houses three separate temples. Even though each of the temples were built in different periods, it is impossible to make out any difference in the way there were constructed.

The temple on the side is known as Shri Girijamba Temple. The walls of the temple contain some exquisite wall carvings depicting the legendary stories of the Hindu Gods.

There is also a Nandi idol made in black stone in front of this temple. Few Kannadiga inscriptions dating back centuries can also be seen on its walls.

The columns holding the roof are made of a single stone with exquisite and intricate carvings of Narasimha and other deities. This is a close-up shot of the Hindu God Vishnu.

You can see many such intricate carvings here that have stood centuries of weathering.

As I moved on towards the back of the temple, I found myself in front of the Vasantha Mantapa. This structure was added in the 13th century by the Hoysala rulers.

You can also find some columns carved in the appearance of a Yali, mythical creatures that have the head of a lion and the body of an elephant. These Yali pillars in the Vasantha Mantapa are also a Vijayanagara era addition at Bhoga Nandeeshvara temple complex.

After fully checking out the main temple grounds, I moved into a side compound that houses a large indoor water pond. This section of the temple is known as Sringeri Teertha. The Kalyani or Pushkarni (temple tank) was added by King Krishnadeva Raya during the heights of the Vijaynagara Empire.

The entrance to the large stepped temple tank

Such a historical place cannot be without its mystical stories. One of them goes like this…

It is said that Nandi, the bull plunged his horns (shringa) into the ground for water. And the water of Ganga gushed from it. Hence the name Shringa Teertha. More on the lines of logic a renowned sage named Shringi used to meditate here and the name stuck.

The best time to visit the Bhoga Nandeeshwara temple is during Shivaratri and Deepawali. 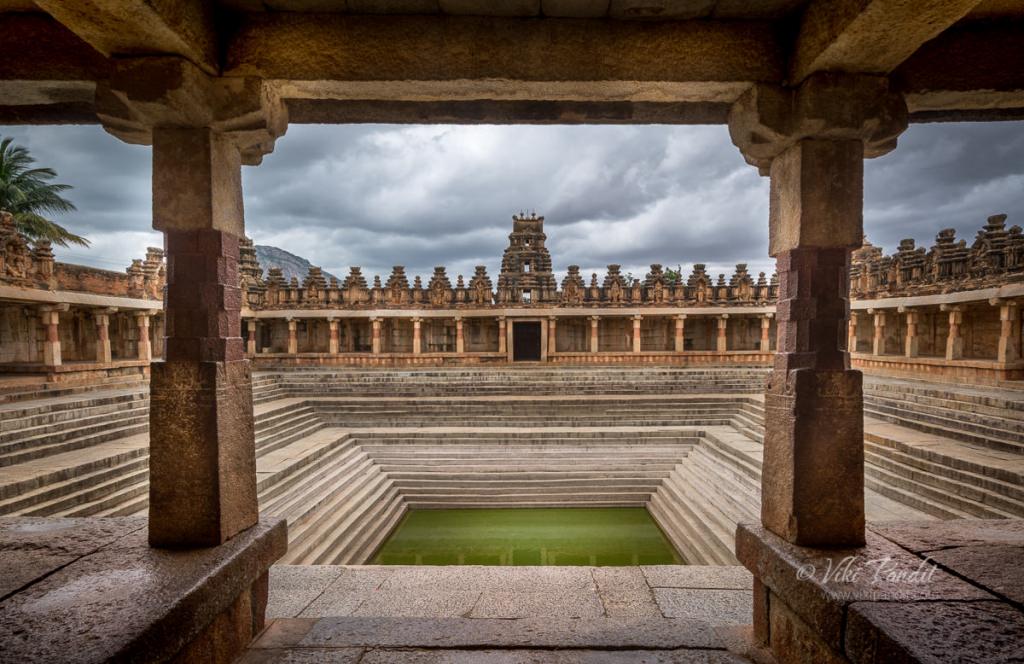