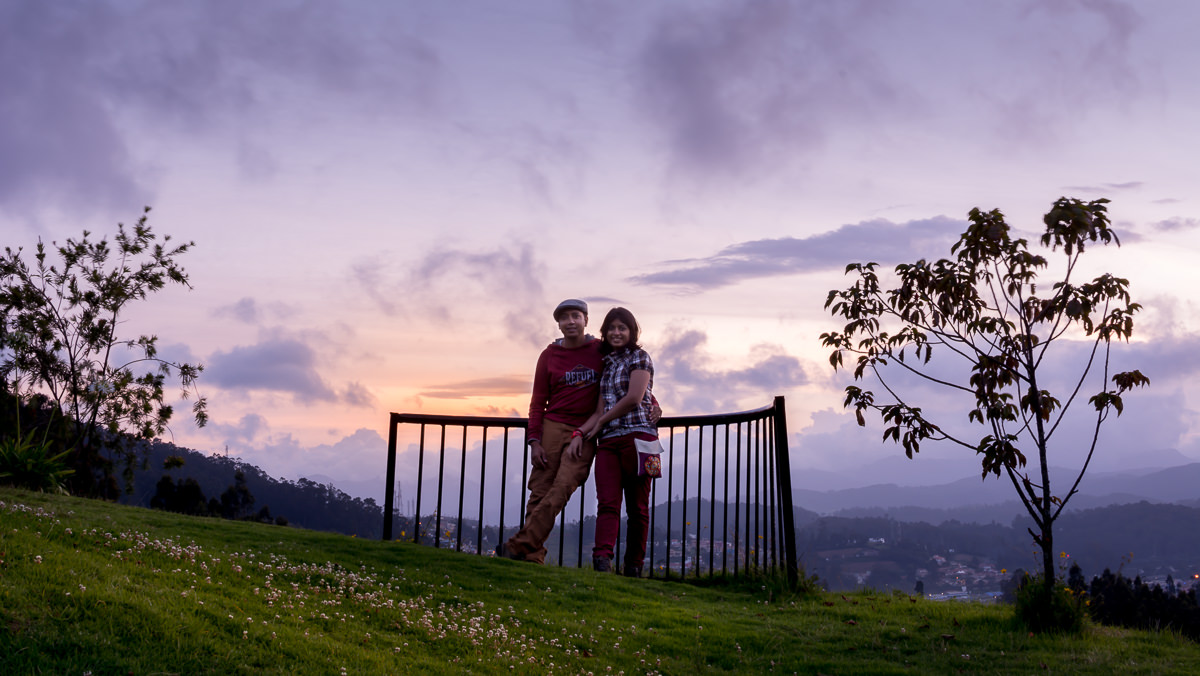 Not a lot of people are aware that the real name of Ooty, one of the most popular Hill Station in India, is Udhagamandalam. Ooty is a paradise on Earth and a delight for nature lovers. Elevated at around 3000 m above sea level, this bouquet of  hills has a lovely weather round the year.

Ooty the “Queen of Hill Stations” is a located in the Nilgiris in the Indian state of Tamil Nadu.  Nilgiris is India’s first International Biosphere Reserve blessed with a fascinating ecosystem of the hill ranges of Nilgiris and its unique bio-diversity covering a tract of over 5000 square kilometers. The Name ‘Nilgiris’ means Blue hills (Neelam – Blue and Giri – Hill or Mountain). The name, the Nilgiris, is because of the violet-blue blossoms of  the ‘Neelakurinji’ flowers enveloping the hill ranges like a carpet during July to December months.

The Hoysala king Vishnuvardhana was the first to lay the foundation of a town here. It later became a part of the flourishing Vijayanagar kingdom from 1336 to 1565. After the fall of the Vijayanagara empire in 1565, the rulers of Mysore gained control over the Nilgiris. Subsequently it came under the rule of Hyder Ali and later Tipu Sultan from 1760 to 1799. The Nilgiris was finally ceded to the East India Company in 1799 by the Treaty of Seringapatam. During the rule of the British, John Sullivan, an avid nature lover re-discovered Ooty and presented it to the rest of the world. He introduced a number of varieties of plants from Europe and South Africa in Ooty, which now form part of the beautiful Nilgiris flora today.

The bus ride to Ooty

We started from Bangalore at night. we had sleeper bus booked from Green Travels. It takes about 9 hours to reach Ooty by bus from Bangalore. The ride was fine until we reached Mettipalyam around 3.00 a.m, after that it gets a bit bumpy. I had initially wanted to take the Nilgiris Train from here, but it would have taken an extra day, so we had to drop that. We were wide awake by the time we passed Connoor at 5.30 a.m. We finally reached Ooty at around 7 a.m. We hired an auto from the bus stand to our Hotel Sinclairs.

By the way, this hotel is highly recommended. It is located at the base of Doddabetta Hill. You can feel the fresh and crisp air enveloping this amazing hill. It also has a great view of the whole city from a small garden upfront. It’s also quite some way from the hustle and bustle of the city and very peaceful.

We were early at Hotel Sinclairs, the check-in wasn’t until 12 p.m. The guy at the reception told us we could check-in early if we would check-out early when leaving and we readily agreed. We freshened up and had a light breakfast. After taking some rest, we left for Upper Bhavani lake at around noon.

Upper Bhavani is located some 30 kilometers from the main city. The ride to the place is beautiful. We passed several clusters of houses built on the slopes. It’s always better to start early otherwise its difficult to obtain a Jeep. We had to wait for around an hour and half for one to come along. Though the wait is not boring. You can feel the fresh air and immerse yourself in the soft sun. The Jeep ride took us through more twists and turns through “the Cauliflower forest.” It doesn’t really have cauliflowers, the trees just look like Broccoli, hence the name. We reached the back waters of Upper Bhavani after driving for 30 minutes.

Lakkidi is the place I would love to have a fantasy farm-house, like the one they show in movies. Words fail to describe the beauty of the place. The clouds passing by add magic to the already amazing landscape. The water level of the lake was quite low since we went just before monsoon. In the whole area, there is just one single tree. The guide told us that after monsoon when the lake is filled, the water comes up exactly up to the foot of the tree.

Doddabetta is the highest mountain in the Nilgiri Hills at 2,637 meters. We were staying right at the base, so we got an early start on Sunday. The temperature fell rapidly as we reached the peak. It is a good idea to bring some warm clothes when you come here. The entrance is quite crowded with lots of hawkers setting up small food and clothing stalls. I am told the place is always a bit crowded being so close to the city. From the cozy 18° C at the Hotel, we were thrown into 5° C within 10 mins at the Doddabetta peak. Each time a cloud would pass through, it would get even colder. I was barely able to hold my teeth from chattering. The chaiwala was doing good business, we also had some. We spent some time here, but all around us we could see only gray clouds and maybe a couple of mountain ranges in-between. While descending, the road was totally blocked and the queue was huge. Thankfully the going down road was clear and we were able to make our way down.

From Doddabetta, we made our way to Mudumalai National Park. It is located in the foothills of the Nilgiris, a couple of hours from Ooty. The road to the foothills has some 36 steep curves along the way, yes I was counting. One might get dizzy. Thankfully the roads are good and clean. It is heartening to see that Ooty has a “No Plastics” policy. It will do them good in the long run.

The cloudy sky had started to clear by afternoon and the Jeep ride from Ooty to Mudumalai was absolutely serene. It felt really good in the soft sunshine after the blitzy chill of Doddabetta. We weren’t lucky enough to catch much wild animals except for a few peacocks and a herd of Bisons. One has to come early to spot the wild animals. A row of lovely Gulmohars greeted us at the at the Glenmorgan Dam Reservoir, deep inside Mudumalai National Park. A very peaceful place where one can just laze around for hours. While coming back we took a break at the one and only Cafe Coffee Day. The food was good and the break did us some good since we had been travelling all morning.

After taking some rest at Cafe Coffee Day, we headed out towards Pykara Lake. This lake is situated some 25 km from Ooty. We had to leave the car and walk for some 15 mins from the entrance. Even though the place is beautiful with lush green surrounding and a series of cascades, the man-made park and railings take away the feeling of “being in nature.” The river has a dam & a Power Plant. Pykara Lake is formed by the back waters of this Dam. Surrounded by forests, locally known as Sholas, Pykara Lake is a lovely place to spend some time in the evening. We spent a couple of hours there and headed back to the hotel by 6 p.m.

On the final day of our trip, we headed out to Connoor. The SIMS Park has some colorful flowers beds, lawns and rockeries. On the right are some Hydrangeas. In Japan, its leaves are used make sweet tea. The flowers itself are mildly toxic and should not be consumed.

After enjoying the colors at SIMS, we went a bit further in Connoor towards the Dolphin Peak. It feels like the mountain ranges end here. From the top we could see vast stretches of flat land, like the mountain ranges ended right there. A herd of Bisons were moving around among the tea fields. Nearby a  worker was explaining to the tourists, the process of gathering the best leaves. They also had some tea picker costume for the girls. Mani got into one and obliged me with a couple of cool snaps. There was a small tea shop selling various flavored tea. We bought a chocolate flavored tea from there. By afternoon we were ready to head back to Ooty. We stopped at a very nice restaurant along the way, had some lunch and then headed back to the hotel.

We were back in Ooty by 4p.m. We had a few hours left till our bus ride back to Bangalore so we went for a quick visit to the Botanical garden. The Botanical Garden in Ooty is home to around 650 species of plants and trees. They also have an amazing flower show each year during the month of May. I just lay down on the soft grass looking back at the fabulous time we had at Ooty. We spent some time there till dusk. We were both a bit hungry, so, we walked down the road to a Pizza Hut restaurant.  We stayed there till it was an hours time for the bus departure. We hailed an auto to the bus stand. I had no idea it would take us just 10 mins to reach. We were quite a bit early and the bus stand was desolate. We couldn’t just wait there for an hour so we went back to town center and had a coffee. We came back around half an hour later. The bus was already there.

Back to the world of mortals

Even as we started our ride back to Bangalore, I was already planning to come back again to this fantastical place. Hopefully during Winter.
[su_tabs]
[su_tab title=”Faqs”] 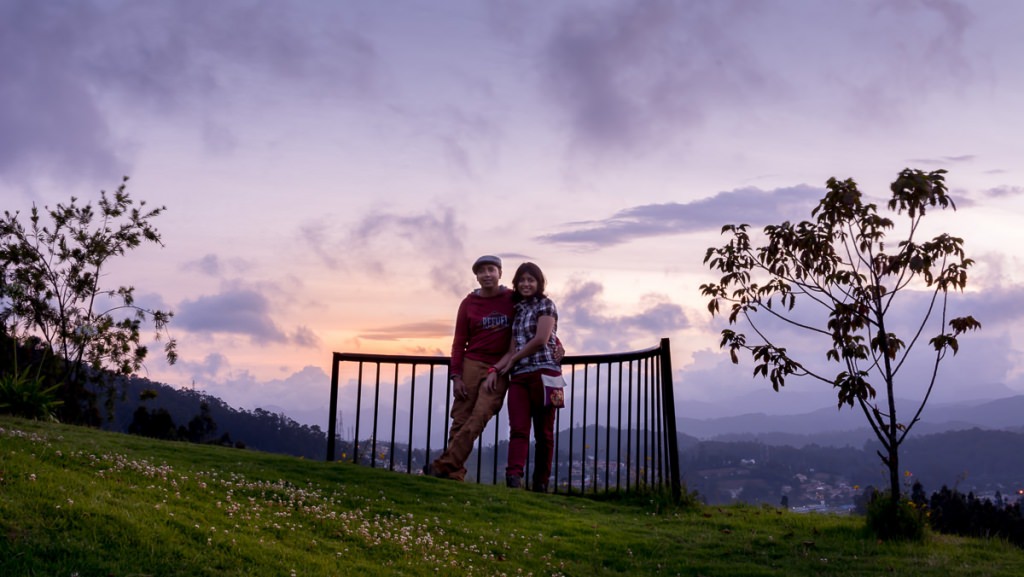 Places to see near Ooty