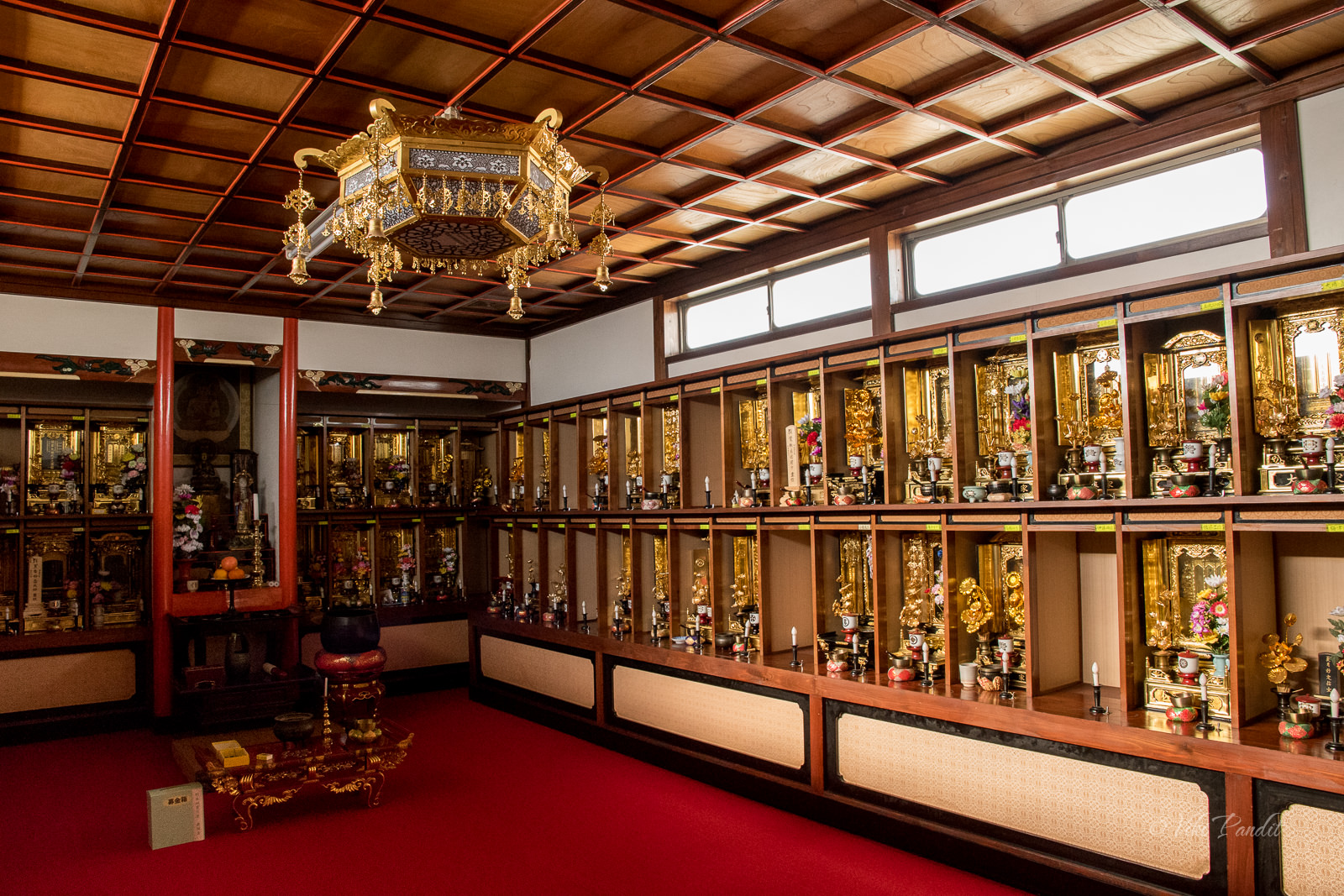 From the beautiful prefecture of Akita, we were headed to Niigata. Unfortunately there are no Shinkansen lines along this route, so we caught a local JR train along the Uetsu Line to Sakata. From Sakata we changed to another train on the Inaho line towards Niigata.

The Inaho line passes through endless paddy fields. During summer, the lush green fields are a treat to the eyes.

On the way we had planned to take a break at Tsuruoka in Yamagata Prefecture to visit the Nangaku temple. The Nangaku Temple houses the mummy of Tetsuryukai’s, who was mummified at the age of 43. He lived through one of the most tumultuous periods in Japanese history during which the feudal system came to an end. It was also an era of reforms when the samurai class was abolished, and a western-style national army was created.

It was afternoon by the time we reached Tsuruoka. Leaving our baggage at the station locker, we set out towards Nangaku Temple. The sun was bright and strong. The weather had been mighty pleasing in Aomori but as we moved south, it was becoming hotter. Nangaku-ji is within walking distance from the JR station in Tsuruoka, but being new to the area, we decided to use the local bus service. Bus services are at frequent intervals so we didn’t have to wait too long.

The bus dropped us off at the Nangaku Temple stop. Nangaku-ji is hidden behind a flurry of houses and it took us some time to locate the temple. The temple grounds were deserted and the temple itself appears to be more like a house. Unsure, we eventually rang the bell and an elderly lady opened the door. She was the caretaker and showed us to the hall where the mummy of Tetsuryukai rests, beneath the main temple. Photography is forbidden so I couldn’t get a shot of the mummy itself.

Inside the hall, housed behind a glass case, lay the mummy of Tetsuryou-kai. He is referred to as a Sokushinbutsu. Sokushinbutsu is a practice of self starvation by Buddhist monks to become a mummified Buddha. It was performed by mountain ascetics for the welfare of poor farming communities. This practice has been abolished in Japan since the 19th century.

Tetsuryou-kai was born in Akita Prefecture in 1816 into a family of a menial laborer. His given name was Shindo Yuzo.

In the late 19th Century, Emperor Meiji instituted a number of governmental reforms, the most controversial of which was the abolition of the Samurai. Various sections of the samurai rebelled but they were suppressed by the army. The reforms caused much discontent among the common folk. Tetsuryukai grew up during these turbulent times and it is said his insecurities drew him to join the Issei Gyonin sect at Nangaku-ji under the able guidance of Tetsumonkai Shonin.

It was at Nangaku-ji, that Shindo Yuzo took up the name the name of Tetsuryukai, by which we remember him today. His name at Nangaku-ji was created from the words Tetsu (iron) and Ryu (dragon). Following on the path of Tetsumonkai, he allegedly cut out his own left eye while training in austerities, like his master had done years before..

Tetsuryukai desired to become a Living Buddha, a self-mummified monk. He regulated his diet and practiced severe austerities, such as meditation in freezing water and extended periods of starvation. Due to the hardships, he became extremely ill. His physical condition became so bad that he could not continue on the path to Sokushinbutsu. He died still aspiring to become a “Living Buddha.”

After his decease, it is said, the saint appeared in the dreams of many people, requesting that his body be dug up. A man from the temple named Maruyama, and a charcoal dealer named Tojiro, exhumed the body and carried it from the grave site to Kannon Hall in Nanoka-machi, Tsuruoka. It was here that his body was mummified and later moved to Nangaku-ji.

After telling us this long history, the elderly lady led us out of the hall. She went away for her other chores and left us to take a look around the other artefacts in the temple. We made our way up the stairs into a giant hall. This hall on the first floor contains many miniature shrines dedicated to monks.

This unusual Buddhist tradition of Sokushinbutsu was practiced in Japan’s northern region of Tohoku until the mid 19th century. Six mummies are known to exist in the area. Tetsuryou-kai gradually starved himself in this process that lasted around 1,000 days, eating only nuts and seeds. During the process, a priest’s inner organs slowly dry. After no longer being able to eat food, they would be placed in a hole in the ground where they would recite Buddhist sutras. When their voice was no longer heard they were believed to have become a ‘mummified living Buddha.’

It was a rare sight to see a live mummy. The clouds had enveloped the sun as we came out of the temple. The light breeze motivated us to walk back to the station.

On the way we also passed the lovely Tsuruoka park. Tsuruoka Park is best known as a popular hanami (cherry blossom) destination  but that happens in mid April. We circled around the park for a bit. Swans were swimming along a wide moat.

There is a small fountain in the center of the park where we rested for a while.

From the park it took us less than 15 minutes to get back to the JR Station. We picked up our luggage from the locker and went up to the platform.

The sun was gradually winding down for a good nights sleep as we waited for the train.

The train arrived in a while and we were off to Niigata. The Inaho line does have limited express trains, it was like a shot in the arm after the slow moving local train that brought us to Sakata.

The Limited Express train had plush interiors almost like a Shinkansen. It was really comfortable inside as we settled down near the window facing the Japan Sea.

On the way we passed by one of the most beautiful sunsets on the Japan Sea.

It was almost 8 in the evening by the time we reached Niigata. But the night was still young and decided to catch a glimpse of the famed Bandai Bridge under the stars. 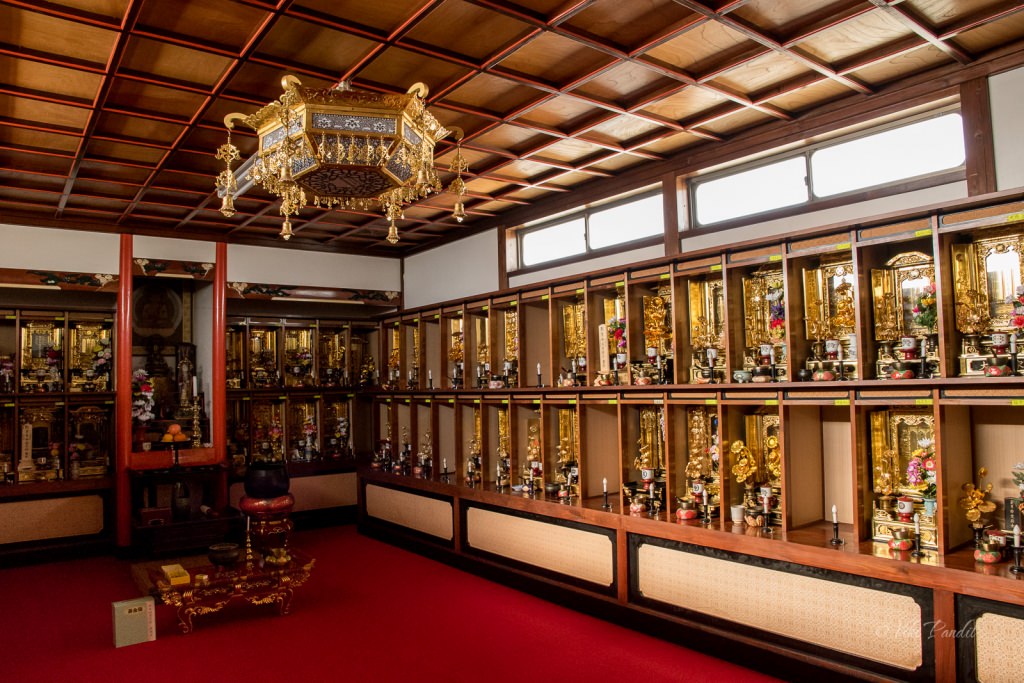 Places to see near Tsuruoka