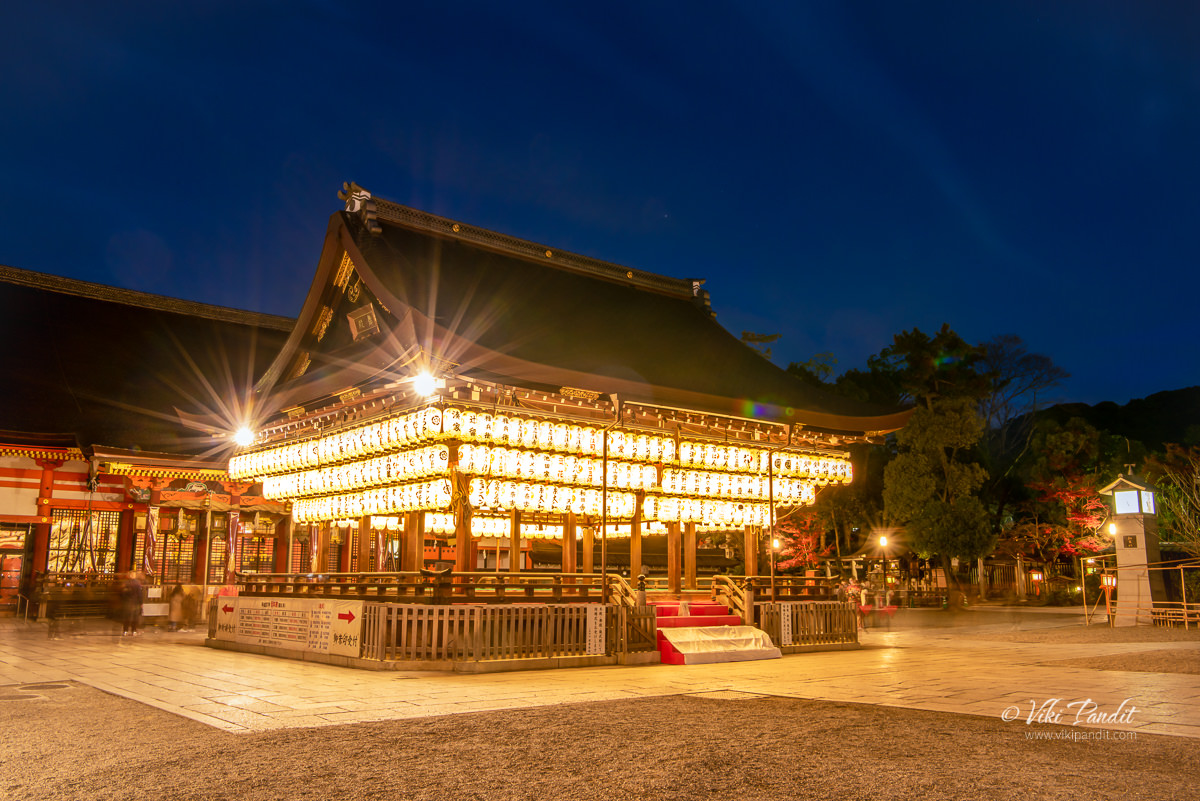 Yasaka Shrine (八坂神社, Yasaka Jinja), also known as Gion Shrine, is one of the most famous shrines in Kyoto. Founded over 1350 years ago, the shrine is located between the popular Gion District and Higashiyama District, and is often visited by tourists walking between the two districts.

Roaming around the park behind Yasaka

Ranita and Viki at Yasaka Shrine

Places to see near Yasaka Shrine