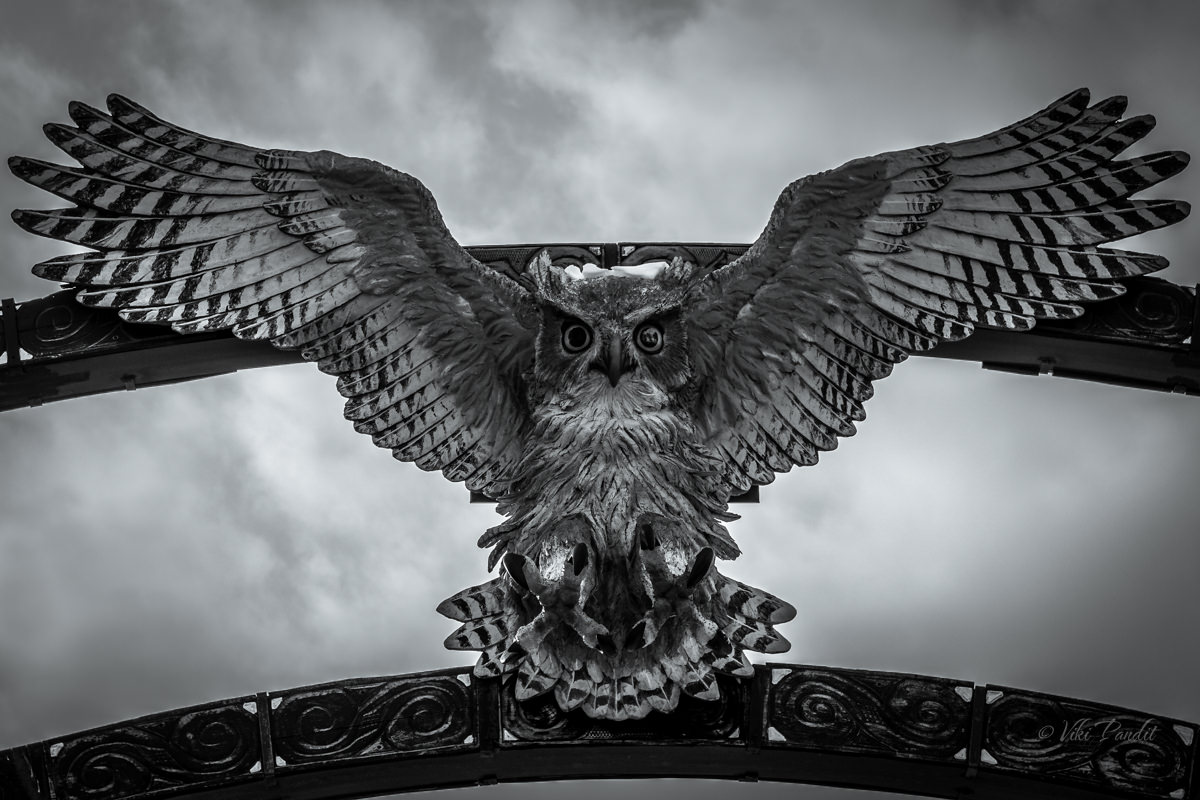 From the sparkling Lake Mashu, the White Pirika bus rode on towards Lake Akan. Shitona, our tour guide told us it was going to be a long ride of about an hour. On the way, she kept giving out more information about the lake. I couldn’t understand a word of Japanese, but Mani translated some of it for me. She went on telling us stories of the area. She even sang a couple of folk songs for us to which I took an immediate liking. We rode on, past unspoiled primitive forest in its natural beauty, laid barren by the harsh winter.

The road to Lake Akan is lined with Sakhalin spruce

Lake Akan (阿寒湖, Akanko) is a crater lake in Akan National Park. It is a bit bigger than Lake Mashu at about 26 km in circumference. The lake is the habitat of Marimo, a sphere shaped, floating green algae, but it can only be witnessed in summer months when the frozen lake melts. In winter many activities such as skiing, snowmobile riding and smelt fishing are conducted in the vicinity. Apart from all these amazing things, the major draw for me was the presence of a real Ainu village near the shore, where one can experience the traditional lifestyle and culture of the Ainu people.

We reached the lake area at around 3 pm. Our tour guide informed us that we had an hour to roam around and get back to the bus by 4 pm. It was a very short time to check out such a huge area. Most of our fellow travelers headed towards the lake. There are many interesting things to do at the lake but we had already decided on visiting the Ainu Kotan first. “Kotan” in Ainu dialect means a village.

We walked towards the village hoping to meeting some Ainu people. The roads were extremely slippery because of the packed snow. While crossing one of the alleys, I found myself flat on the ice. It didn’t hurt much, physically, but oh yes, my pride was crushed!

After a few minutes we were at a towering gate with a huge wooden owl with spread wings. Beyond the gate on both sides one can find a number of wooden homes designed in traditional Ainu style. The smaller huts lay scattered towards the end of the road. The snow was particularly thick here and it was tough to walk.

The Ainu are the indigenous people of northern Japan, whose culture almost disappeared until recent efforts of restoration by the government. The remaining descendants of this disappearing race, reside mainly in Hokkaido, Sakhalin and the Kurile Islands.

The Ainu houses in the village

The Ainu have a deep reverence for nature and believe that gods exist in all things. The Ainu Kotan near Lake Akan is an attempt to preserve that culture and create awareness among culture enthusiasts. The village consisting of some 40 households have created craft shops selling wood carvings, embroidery and musical instruments. At the village visitors can learn about their lifestyle and culture of the Ainu people through traditional dance performances, puppet plays, instrument classes, and history lectures. One can also try some authentic Ainu cuisine in a traditional environment.

The Ainu had no written language and thus both history and folklore were passed down only by word of mouth. Much has been lost along the way. The Ainu Memorial Museum at the end of the village offers programs for learning ancient dancing, wood carving and embroidery.

Unfortunately, the museum was closed at the time. We made a u-turn at the museum and walked back, venturing into a few souvenir shops along the way.

Wood carving has long been an important part of Ainu culture. The shops were full of detailed wood carving are of high aesthetic quality. Among the favorites, I assume are the Bear and the Owl. I bought a couple of wooden owls as souvenir.  Wooden owls and bears in various shapes and sizes can be found in these shops. Some extremely detailed pieces can be as expensive as a hundred grand Yen.

The Ainu are greatly skilled in woodworks. There was some really amazing artistry there in those shops. In one of the shops, I noticed a work area in a corner, with all the interesting tools, the artisans use to create these wooden masterpieces. Lovely little owls carved out of wood were lying beside, waiting for the final touches.

Shopping along these souvenir shops, we didn’t realize that we had walked all the way back to the lake. We still had about 15 minutes to the scheduled departure so we wandered into the fully frozen lake. On the left, locals had set up small colorful tents with fishing holes. On the right people were enjoying themselves on snowmobiles.

Far away, on the eastern shore, the elegant Mt. Oakan lay covered in snow. We didn’t want to go towards the loud crowd near the snowmobile rides, so we loitered around near the fishing holes. After wandering around for some time on the vast lake, we strode back to the bus.

With every passing day on this lovely island of Hokkaido, the stunning landscapes make me feel like a teenager, falling in crush for the first time. On the way back, Shitona charmed us with another melodious song.

The bus dropped us off at our hotel by 6 pm. From the window of our room, the city of Kushiro was glowing in the night.

Sun sets on a wonderful day at Kushiro

A single day is too short to fully enjoy Akan National Park. If I had to do it over again, I would definitely plan a two-day trip and stay back overnight at Lake Akan. The Akan Bus also conducts a night stargazing tour at Lake Mashu, I regret having missed that.

Of course nothing beats travelling by self driven car. But if you are not I would highly recommend the White Pirika tour. They were great in making our day a memorable one. The stunning lakes of Akan National Park will forever remain etched in my memory. The people of Hokkaido are so polite and friendly. And then, there is this big mystery surrounding the origins of the Ainu. I am loving every bit of it!! Abashiri, here we come! 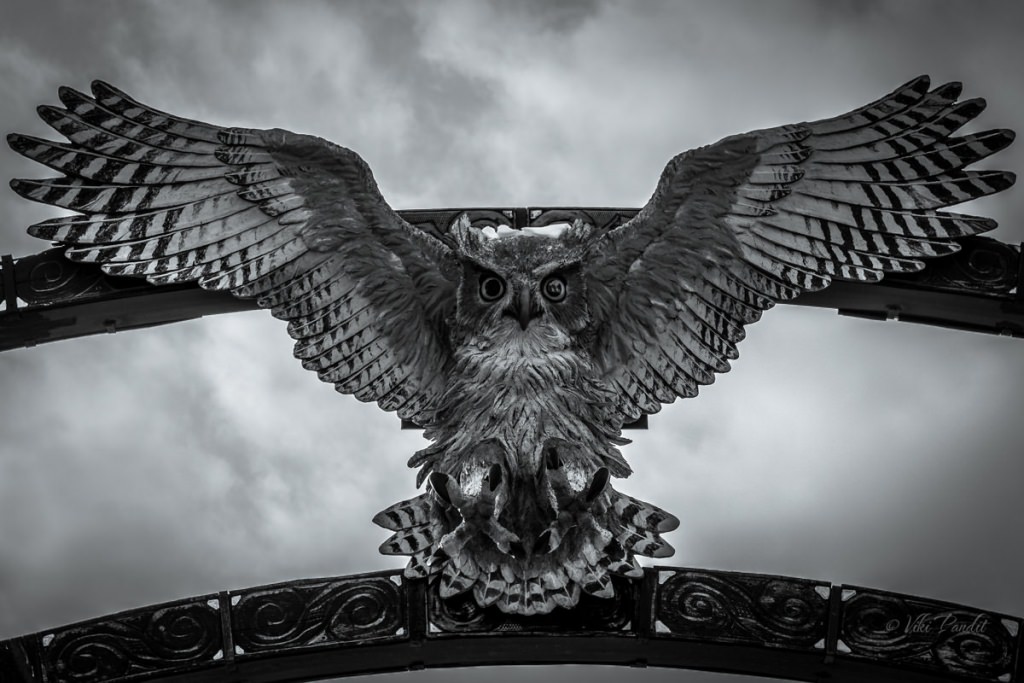 Places to see near Kushiro